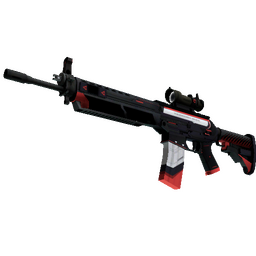 Wolny is probably best known for having received a two-year ban from all ESL competition in March, although he has represented MaxFloPlay for quite some time, even recording a 0.91 KPR at IEM Katowice.

Pogorzelski comes from lesser known team GF-Gaming, who most recently was on show at Prague Challenge, where they went out versus Nostalgie in the quarter-finals, with Pogorzelski posting a 0.84 KPR at the event. After noticing the duo having joined the SLTV team account of Filip "NEO" Kubski, Wiktor "TaZ" Wojtas and Jarosław "pasha" Jarząbkowski, HLTV.org contacted the trio about the subject.

We were able to get in touch with Wojtas, who said they are currently testing players and their future is not determined. Read on for his full, albeit short statement:

"We are testing players, but our future is still not decided. Tournaments started and we don't want to drop all of them obviously, so soon we will decide what our next step is."

The duo will have their debut with the former ESC players tonight at 19:00 , as the team will face off against Russian Courage in their SLTV StarSeries VII debut.

ilovecookies
I wouldn't know about the 'only' part, but what I do know is that such half-assed judgemental statements don't make you look smart, it's just the opposite. Still, it's kinda funny if you think about kuben's exploits prior to joining what would later become ESC. In case you don't know I'll save you the time - he was convicted of cheating.
2013-08-21 16:04
1 reply
#58

ilovecookies
I see you know how to handle an argument. Guess I have to stoop down to your level. Calling people dumbasses and referring to the whole situation as fucking stupid when others pointed out your flawed reasoning. This is exactly what you are, a fucking stupid dumbass. No regards.
2013-08-21 19:34
4 replies
#116

phuturechild
ok poland, read your own comment you hypocrite, it doesn't say shit. In other games cheaters get shunned, kicked out of the scene and made fun of, here they join teams and it's accepted by people like you. This is stupid, it says it's okay for younger people to cheat and that's how you get more cheaters in a scene. I don't care if some dude is ESC, fnatic or in SK. If he's a ex-cheater he should be removed from the scene because it's poison to the rest of the competitive scene.
2013-08-21 20:27
3 replies
#118

ilovecookies
Why do keep referring to me as "Poland", angsty boy? How should I call you? South Africa? The Netherlands? In your case that would be an insult to both places. Get your head checked and fuck off with your moral high ground, an ignorant cunt who can't see through stereotypes and primitive genralizations calls me a hypocrite? Your profile tells me your 29 years old but as a teacher I've seen lots of teenagers having more going on under their skulls. Spout your stereotypical anti-Polish bullshit somewhere else, here reasonable people will treat you like cheaters you mentioned in your post. Sincerely, fuck off, don't make me waste my time and my keyboard on you, you're the poison to this community.
2013-08-21 20:47
1 reply
#120

phuturechild
Do you rage like this to your pupils as well, poland? Good argument there, hypocrite ragekid. Keep supporting cheaters.
2013-08-21 21:00
#140

awokengiant
My point was that you convicted the polish scene by saying it's the "only one". I was just pointing out that even the best countries in the world have similar situations :>
2013-08-24 23:51
#64

The President - HLTV.org
DO THIS : NEO, TAZ, PEET, HYPER, SNAX If they have ego problem internally then solve it, not for u guys but for ur country, Just solve all ur ego problems and do this line up and if u cant do that then just go for international line up NEO, TAZ ,APEX, KENNYS, GUARDIAN
2013-08-21 19:52
#119