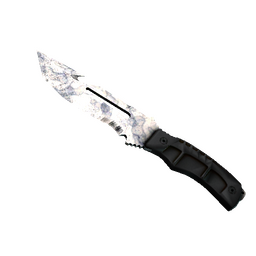 In the opening match of SLTV StarSeries VII Finals the only home team, Astana Dragons, faced-off against one of the two Swedish teams in Kiev, fnatic.

The action started on Dragons' pick de_dust2_se, and Ioann "Edward" Sukhariev's 1-on-3 clutch in the pistol round put his team in the early lead.

They quickly extended it to 5-0 after winning the first buy and the anti-ecos, but fnatic didn't roll over, as Andreas "MODDII" Fridh and Robin "flusha" Rönnquist led an eight-round winning streak for their team. Astana then put a stop to it, but not for long as the Swedes went up 12-6 after winning the last round of the half, the second pistol round and the anti-eco rounds that followed.

The CIS giants finally put together a couple of rounds, but fnatic proved they were the better team on this map, taking two full buy rounds of their own for 14-8.

Even though Astana won an eco after that and had a 4-on-2 situation in the following round, Jonatan "Devilwalk" Lundberg scored 3 kills and came out on top of a 1vs1 to put his team on match point.

Right after that Andreas "schneider" Lindberg added his own triple kill round in a B rush to close out the map in fnatic's favor, 16-9.

Moving on to de_mirage_ce, they continued playing great, displaying excellent teamplay and skill in their CT pistol by performing a retake on the B bombsite with headshots only and without losing a single member.

Dragons bought in round three and Yegor "markeloff" Markelov's double entry helped interrupt fnatic's run, but Lundberg's three kills in round 4 brought the advantage back.

However, Kirill "ANGE1" Karasiow wouldn't let go and he scored three important kills in the A bombsite to completely mix things up and force his opponents to go on a save round. Neither team was able to get ahead for a while, as the score was evened at 3-3, 4-4 and 5-5, and only then Astana went ahead after 3 great headshots by Sukhariev in the A bombsite which once again forced fnatic to save.

The half ended 9-6 in favor of the CIS-based squad, but it was all even yet again after the Swedes took the pistol round.

It wasn't fnatic's map to take though despite having equalized back to 10-10 again after losing the first buy, as Astana defended successfully in the next 6 rounds with Mihail "Dosia" Stolyarov surprisingly sporting an AWP to finish them off 16-10.

A lengthy break ensued due to server problems with the third map de_cache, and after over an hour of waiting the match continued.

Astana Dragons seemed to face the same troubles from earlier in the week when they were unable to defend the bombsites against Party Daddlers' attacks on the same map, which knocked them out of RaidCall EMS One Fall, this time seeing fnatic storm away with a 6-0 T-side lead early on.

The predominantly Ukrainian squad consolidated their ranks and found an answer in the next five rounds, but Rönnquist's great play helped his team win the last four rounds and get a solid 10-5 lead at the half. flusha had a great game overall

But after the sides changed, fnatic's lead melted away as Astana won round after round and eventually completely turned the tables and got dangerously close to victory at 14-10.

The Swedes came back though, winning two rounds before Stolyarov beat Fridh in a 1-on-1 for match point, 15-12. fnatic then won two more in a row and put the Dragons on a very weak buy in the 30th round.

That didn't stop Karasiow, however, who picked up a SSG-08 and scored a headshot entry at mid, along with two more assists later on to pave way for his team's 16-14 victory, queing the celebrations.

Astana Dragons will move on to the upper bracket final where they will on Saturday at 10:00 meet the winner of this evening's clash between NiP and VeryGames.

fnatic will be in action tomorrow in the lower bracket final against the loser of that match, scheduled to start around 20:00 .