VeryGames member Nathan "NbK" Schmitt has said that soon there will be more news about the future of the team.

The EPS XI finals was the last tournament in which the ESWC runners-up donned VeryGames' colours as the team have been told they will have to look for a new organisation at the end of the year.

Due to financial issues, VG will be forced to part ways with their players as the cost of supporting this team has placed a huge financial strain on the organisation, a situation that would only get worse next year. What's next for the team?

Despite the huge setback, the future seems to be bright for the team, with Schmitt stressing that the players will continue together.

"Too many things to be thankful for in one post after 4 years in Team VeryGames," he wrote on Facebook.

"A huge thanks to everyone who followed us. We'll be back soon for more, and for the best!"

Stay tuned to HLTV.org as we will bring you all the updates about the future of the French team.

stich
yay! hopefully all 4 qualifying Euro teams will make it. Kevz told me he doesn't know for sure about LGB yet but I saw Taz posting that they're likely to go and same with uber geekz (but that might have been before they lost their sponsor)
2013-12-16 01:27
6 replies
#21

contender
uber geekz will find a way to get there, apart from a couple recent games their performances have been up there with the rest of them so hopefully an organisation will get on it. :D
2013-12-16 01:46
#32

mykkE
A massive organization housing one of the best DOTA2 teams and now a very promising European LoL contender. Along with these two great MOBA teams they also house the only non Korean SC2 player that even matters (NaNiwa). Hope this helps! Alex Garfield oversees both Alliance and EG (alliance is basically the European EG) even though recently this was denied (rolls eyes).
2013-12-16 17:52
1 reply
#97

mykkE
This is actually true... the problem with SK is the organization holds to much power over the players. From what I heard they have a massive say in who gets removed and when if the team does not win.
2013-12-16 17:53
#25
Dosia |

Alth
Yes. Please tell me where in that statement it suggests they will release more information about the team? It doesn't. It says they will be back soon for more and for the best. That suggests we will be seeing them at upcoming events, it doesn't suggest anything about information releases regarding their team future. Regardless, I'm being a bit pedantic anyway.
2013-12-16 18:20
1 reply
#108

b1lbobaggins
It's not hard to decipher what he means. Yes, you are right it does suggest they will be at upcoming events. How do you think they plan on paying for all that? They dont have an overdrive who can pay for them. Nbk has already said few times they have a new org lined up. Anyway they will be in a new org soon x
2013-12-17 12:33
#34

JoOoOohNy
the most professional, respectful ever exist on CS history! its sad they didt get some supports to keep playing as Verygames.. btw thank you for all! gl
2013-12-16 10:52
1 reply
#52 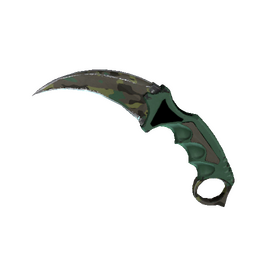