An amazing year for CS:GO just ended, and what better way is there to start 2014 than to look back at who the best players were? Our Top 20 players of the year series is returning and we will be revealing our ranking one player per day over the next few weeks.

Our 2010 and 2011 editions of the Top 20 series were hugely popular, and although we skipped 2012 due to it being a transition year for CS:GO, the game has by now fully settled in, so we can embark on the big project once again, which will this time be supported by eSportsventure.com.

The ranking will as before be based on statistics from big LAN tournaments throughout the year, and additionally we will consider a player's influence on his team's success and contribution in big matches. Although we didn't have MVP and All-Star votes throughout the year, we have selected the MVP of each tournament, which will also carry some extra weight in determining the final ranking.

Here is where we will update the list of Top 20 players of 2013 brought to you by eSportsventure.com when each player is annoounced:

We will be counting down the ranking from number 20 until our Player of the Year, by announcing one per day over the next twenty days with detailed articles about the player's performances in 2013.

A new addition for this series will be quotes from each player with their thoughts about the year, events, best moments and happenings within their teams. Furthermore, each player will be asked to make a "Bold prediction", in which they will need to try and name a future star that isn't recognized as one at the moment.

Seeing as many people usually like trying to guess which players will be featured in the ranking, here are a few clues: 19 of them played at Copenhagen Games, 18 were at the year's biggest event DreamHack Winter, while 16 participated at ESWC.

We hope you will enjoy the countdown throughout the next few weeks, and as always don't hesitate to tell us what you think about the ranking, what you would change and what your Top 20 would look like. Stay tuned to HLTV.org and happy New Year!

rocketry
You seriously think anyone other than gtr has a chance at no1? its pretty much purely based off stats with the exception of majors, gtr is by far the top in stats and he won plenty touries with nip too so yeah..... dream on
2014-01-02 13:14
#15

dez1re
theres so much wrong with that list i dont know where to begin. kennyS at number 2, pasha at 3? above shox forest and getright? chrisj above forest? and LOLYOU shouldn't even be in the list. you put him in and forgot about players like nbk, smithz, schneider, devilwalk, pronax, fetish, pyth, markeloff, maniac, adren, dosia and so on
2014-01-03 01:16
#192

afellay1023
Soooo, let me see, you call him good since 2-3 months ever since he joined VG and you've started looking him for the first time, oh god.. He deserves at least to be in the top5 for sure, you can't judge a player just by looking at the results of the teams he played for since he had awful teammates most of the time, and he used to carry very often.
2014-01-02 22:30
#190

JoOoOohNy
i cant see random rankings by HLTV users! BUT in my opinion Xyp9xis better then players like Troubley TaZ inzta krimz seized peet snax harts eksem GMX uzzzii karrigan Friss Devilwalk kucher and many others! so if someone of there guys are on the next ranks its a failrank for me!:/ *great job HLTV!
2014-01-01 23:26
6 replies
#91

skaardalk1ng
Cant understand why you guys say Shoxie? He came in late in VeryGames and sucked dick when he played for Tt.dragons for example. This is a 2013 overall rating, and shoxie was good from August-September.
2014-01-02 02:47
#103

tommytoan
its gonna be hard to rate, everyone on nip except fiff should be listed, almost everyone on verygames should be to, thats 8 or so players taking spots already... as long as pimp and friberg get a mention I will be happy.
2014-01-07 13:25
#182

-Extaz-
Did you really keep spots open for Happy and apEX (they are good players, but only apEX won a tournament and it was a fluke) and players like Friberg and Xizt are not in the list? And what is ChrisJ doing at 6th position? He could've been in the list but around 20th position, not 6th above NBK,GuardiaN, ...
2014-01-08 08:48
#203 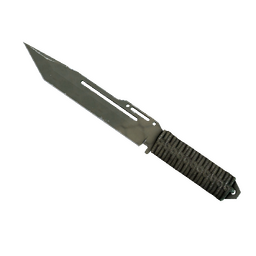