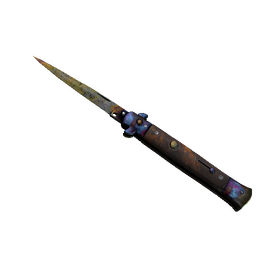 Na`Vi started off de_cache with a won pistol round, putting them to a quick 3-0 lead, but NiP managed to reply with three following gunrounds to tie it all up at 3-3. A good defense on the A site put Na`Vi back to a lead by one round, only to fall short to NiP's individual picks all over the map for 4-5.

Adam "friberg" Friberg and Patrik "f0rest" Lindberg then combined for a two-vs-five all over the map and with Christopher "GeT_RiGhT" Alesund's one-vs-three clutch at the B bombsite, NiP were up 8-4. Na`Vi picked up the last three rounds, but were shut down by Friberg's two one-shot headshots in the second pistol round.

Natus Vincere decided to do their usual forcebuy in the third round, but eventually fell short in a one-vs-one as the team ran out of time. A smooth eco went into NiP's hands for 7-12, but then the DreamHack Summer 2014 runner-ups started making a stand. GeT_RiGhT puts NiP on a 1-0 lead after de_cache

Three B strategies worked out well for them, as well as the following round despite Friberg's efforts in a two-vs-five, which put NiP on their first eco round in the half, as the scoreboard said 12-12.

Na`Vi then got picked off one by one and even though they were up a man in the next round, Alesund turned the situation around with four kills in a three-vs-four. His triple helped his team get three map points, but they only needed one to close out de_cache at 16-12.

de_dust2's beginning saw NiP taking the initial pistol round on the Counter-Terrorists side, as well as the first gunround after a B split by Na`Vi. Ladislav "GuardiaN" Kovács' and Sergey "starix" Ischuk's triples helped lower the deficit to only one round, but Friberg was too hot to handle, as he rushed forwards for 7-3.

Robin "Fifflaren" Johansson was the one to watch in the eleventh round, as he single-handedly took out most of the offense on short, as he picked up a quick quad-kill with an AWP. friberg was too hot to handle on de_dust2

Two following rounds were split between the teams, but it was NiP picking the pace up again as they stormed onto the Terrorists side with a 11-4 scoreline.

Even though their entire team was on less than a hundred HP combined, they were able to win the second pistol as well, and we could see Lindberg exploiting the new wallbanging system from T spawn to the double-doors in the following antieco.

Despite Na`Vi winning a round without a loss, NiP's quick A split put them on ten match points, which was three rounds afterwards exchanged for a $10,000 cheque at 16-8, while Na`Vi will go home with $2,000.

Next up for NiP and Na`Vi could be the $45,000 Gfinity 3, taking place on August 2nd-3rd, where both have been invited, but neither of them accepted as of yet.

The Jagermeister :D
They is a possibility they might not get paid..but lets see what happens...there was another event like this before , where halo players never got paid... and ofcourse the famous IGC , im so ashamed. I warned all my acquaintances to skip it...alas , so many people were still lured towards it.
2014-07-06 22:28
1 reply
#41

teppo123
there have been tons of events in cs history when teams never got paid the pricemoney. and not only cs, fatality had several cases and lawyers included after he never got paid the big winning prices he had won
2014-07-06 22:31
#40

partydodger
Edward just told that they could not concentrate after those easy games vs US teams and he added that they were just lower as a team in all ways..
2014-07-06 22:34
9 replies
#102

lurppis
friendly tip: you should bring out the counter-arguments to your own (in this case nip's worse placings that you left out) in your own comment already, so it'd be harder to argue against you. also, what ar events like steelseries go, svecup västerås and mikz challenge doing on that list?
2014-07-07 08:09
1 reply
#142

JohnnyDoe
Well you seem to know shit after all these 15 years since coL has always done well on majors, and will do again. Also if you have been around for so long you should know that NA cs have done well in the past too.
2014-07-07 19:53
#163

DilDoFaggins
guardian lost the awp battle clearly to fifflaren on d2 today, thats surprising... surprisingly moronic mistakes from navi. like that quad kill round from fiff where they just all walked out short without a flashbang and got fucked although its so ez to full flash the position at car where fiff was...
2014-07-07 00:47
1 reply
#120

lurppis
european teams, led by carn, negotiated the prize purse for esea where even last place gets $3k so there'd be as little risk as possible. as a result, the prize is really top heavy and money wise it's almost irrelevant whether you get 3rd or last.
2014-07-07 08:11
#93