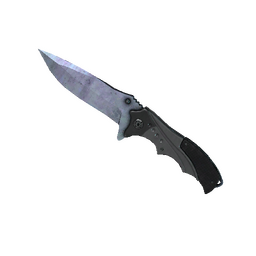 iBUYPOWER have confirmed they will be attending Gfinity 3 in London on August 2-3 and bootcamping in Europe until ESL One Cologne on August 14-17.

Following two major attendances with iBUYPOWER crashing out in the group stage, the team will this time around spend nearly two weeks bootcamping in Europe before ESL One Cologne. iBUYPOWER will spend two weeks in Europe in early August

Sam "DaZeD" Marine's squad will go head-to-head with the world's best teams, including NiP, fnatic, Titan and Virtus.pro, first in London, followed up by ESL One Cologne two weeks later.

The team still has to qualify for ESL One, but with compLexity already possessing a spot, it should be a mere formality. iBUYPOWER will be represented by:

"We're extremely pumped to be able to travel to Europe again. We're first headed to London for G3, and then moving over to Germany for an extensive bootcamp," Derrick "impulsivE" Truong told HLTV.org.

"Hopefully we can top the North American qualifier for ESL One Cologne next week, and then attend the next major fully prepared after our bootcamp."

Gfinity 3 will take place on August 2-3 at the Olympic Park in London, while ESL One Cologne will be held at GamesCom on August 14-17. HLTV.org will be present at both events.

powerzzz
He mentioned this because this is not ESL Cologne and you said remove those maps when they were not even in THIS tournaments mappool.
2014-07-09 22:38
1 reply
#78

sebb7
"Hopefully we can top the North American qualifier for ESL One Cologne next week, and then attend the next major fully prepared after our bootcamp."
2014-07-09 23:23
#76

LillRobbaN
Calm down, Im just putting it In context so People understand why I can answer and what role I have . I'm trying to answer all the questions regarding the event. I dont need to, but I think its kinda polite and humble to be there for the community instead of not giving a shit :) Isn't better to answer the questions and take feedback so we can improve or imply feedback into actions.
2014-07-10 13:57
3 replies
#111

Tiger
their main preference is that nobody knows from euros what to expect from ibp or na teams in general... euro teams have hard time playing col and ibp as they dont know any strats what americans have while americans know euros pretty well because of all these online leagues and small tournaments which are going on all the time. imo thats the reason why americans won esea and not some jetlag or euros hiding strats or euros not playing seriously ..
2014-07-09 22:10
2 replies
#75

Tiger
iknow that nobody on ibp is underperforming to be cut from roster, but i just hate steel cuz hes a big douchebag. I cant cheer for ibp aslong as steel is on the playerslist. besides n0thing is just the funniest and most entertaining streamer out there atm...
2014-07-09 22:05
#53

TotalEclipse
You have to give them the benefit of the doubt though, they've changed two players who have had a massive impact on the teams performance. Swag and Steel have been amazing pick ups for the team.
2014-07-10 18:06
#86

FuRyVIRTUOSO
I can image your greasy hands typing that. Why are you spending so much time here? Is your local MacDonald's closed? I'd buy you a GYM membership but you'd prolly eat it.
2014-07-15 14:28
2 replies
#118

JohnnyDoe
Oh the fat jokes, sooo original. I'd fuck you up if you ever come to NYC, i'd probably even buy you a plane ticket but you'd probably sell it, since you and your family could live for a year with that money in Poorgaria.
2014-07-15 17:20
1 reply
#119