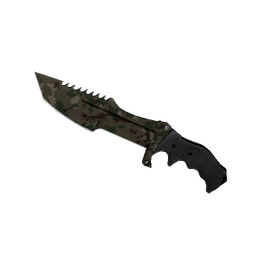 FACEIT have announced they will host a $20,000 North American tournament called The John Wick CS:GO Invitational on October 22nd-24th.

In cooperation with Twitch and Lionsgate, FACEIT will hold a $20,000 tournament to celebrate the release of the upcoming movie by the aforementioned studio - John Wick, starring Keanu Reaves.

The John Wick CS:GO Invitational will feature 8 teams in a single elimination bracket, four of which have been directly invited whereas the other four will be found via two open qualifiers.

Cloud9 and iBUYPOWER will however be in Milan, Italy next week for the FACEIT League Finals, so the four invites go to:

To sign up for the two open qualifiers, the teams can go here:

Top two teams from each qualifier will join the four invited teams in the quarter-finals on October 22nd.

spaceghost--
I think that was the whole point of scheduling it at this time- it gives a boost to the NA scene at a time there isn't much going on while also giving Faceit something to do since most other Euro teams will be preparing for the upcoming lans.
2014-10-18 22:03
#24
mason |

Gumpster
Great move for the rest of the NA scene to show what they're capable of. The whole "boring tournament" aspect that some people have stated should perhaps broaden their horizons and get behind this to help build a good scene.
2014-10-18 22:25
1 reply
#56

cambridgedan3569
Did someone not tell the community organizers that: 1) The two best teams in NA will be at another tournament. 2) The skill disparity between the two best teams and the rest of NA is HUGE and hardly anyone outside of NA will care about second tier teams.
2014-10-18 22:29
8 replies
#38

Burnett
I'd wanna see my favorite t2 play on LAN without the 2 NA giants, C9 and iBP. This would mean they actually have a chance to win something and make decent bank. It would boost their morale and determination and perhaps become another T1 NA team.
2014-10-19 02:56
2 replies
#75
Skadoodle |

Burnett
If iBP or C9 would stay and compete in this lan they would probably make more money than the one in Milan. I mean sure C9 could go big and win it oversees but I don't see iBP making it too far. IBP should stay home and get a safe $10k without international flight/hotel/etc eexpenses. I don't see them doing this though, they need to prove their prestige on European turf after them failing to launch at the last major. Idk why I just typed this meaningless wall of text. Perhaps I'm just bored and need more CS.
2014-10-19 02:51
1 reply
#74
Skadoodle |

ROCKY_JAYYY
iBUYPOWER is traveling for ESWC anyways so they wouldn't be home for the tournament regardless. It makes more sense for them to be in Europe to get more practice against top teams than beating 2nd tier NA teams...
2014-10-19 03:07
#73
Skadoodle |

burning47
also, let's host the qualifier of this tournament at literally the exact same time which the dreamhack NA qualifiers (which is also hosted by FACEIT) are going on
2014-10-20 05:31
#77

leejiahao27
Terrible scheduling! Lets be honest, not much international viewers will be watching this competition, the 2 best team for NA is not even in it. Plus, this is basically free money for iBP and C9 for sure!
2014-10-19 04:42
#80

closemyaccountthissiteistrash
This is ridiculous they were better off staying home and winning this easy money.
2014-10-19 06:54
#83