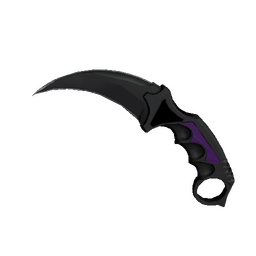 Starladder has clarified that there is not any outstanding payment to Virtus.pro's CS:GO team.

Earlier on Sunday, Virtus.pro CEO Anton "sneg" Cherepennikov stated that the organisation was owed a six-digit figure in outstanding prizes from tournaments in which its various teams have taken part.

Moreover, Cherepennikov announced that Virtus.pro's teams would skip all tournaments in 2015 which had not yet cleared its dues and mentioned Starladder and Techlabs as two examples of events that still had a backlog of prizes.

However, a source inside Starladder has told HLTV.org that Virtus.pro's Dota 2 squad is the only that is currently owed money and that all payments related to the CS:GO team have been made.

As such, the EMS One Katowice champions will take part in the upcoming StarSeries season, which will feature a $50,000 prize purse. The league's LAN Finals are scheduled for February 20-22, in Kiev.

DEFCON_0
This is not drama, is common sense. As a pro player your job is to win tournaments and you get paid for it. If the tournament doesn't pay the team the prizes, the team doesn't pay you, so you end up working for free. I not only support Virtus.Pro decision, but also think it will help to make e-sports a more professional enviroment.
2014-12-29 01:14
1 reply
#63
Ksharp |

hoodies in the summer
3 tournaments he's named have already stated they paid them already. Maybe he should have done some research before blasting tournament orgs for no reason.
2014-12-28 21:00
6 replies
#25

hoodies in the summer
Yes it was good that he clarified things after the fact, but this isn't his original blog post that wrongfully named CPH Games and ESEA as tournaments: facebook.com/www.virtus.pro/photos/a.420.. Click on the Edited link at the bottom and check the original post.
2014-12-28 21:28
#29
mika |

Boshva
You are A JOKE. Starladder just as ESEA told that they DIDN T PAY them out. Okay, i admit there are different reasons, like ESEA didn t have the bank account ( i had to laugh at this, never heard such bullshit) and Starladder ONLY didn t pay dota 2 team, but they DIDN T PAY THEM OUT. So your a Joke.
2014-12-29 11:28
1 reply
#64
Ksharp |

r3gulator
They clearly didnt have an up to date account.... Then ESEA made the attempts to give said prize money. When in reality, its VPs responsibility. Welcome to grown up life.
2014-12-30 07:12
#14

Nephalith
Wow if everyone's like you, we won't be needing the justice system and the police force anymore. If I scammed someone's money and that same person accuses me of swindling, I'll just tell some random news site "nope. didn't do it" and I'll get away scot-free. Unlike ESEA, Starladder's "clarification" is without basis. It's only hearsay they didn't even release an official statement. They are probably afraid to give one because if they lie in their official statement, it can be used against them in court and they will lose more money.
2014-12-29 07:29
1 reply
#60

sltv.panda
Starladder's "clarification" it's only MiRRRa's word's. We are not releasing any statement, because basically public releases like this, it's hurt for both sides. Whenever we will see after this, what tournaments will die, and it's right way to miss "not-trustable" tournaments. And after this, if you read VP's new statement, you will find that Sneg1 apologized to the SL for not right interpretation in his statement.
2014-12-29 13:28
#32
shox |