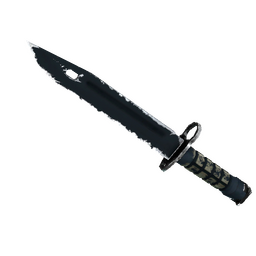 dAT Team have confirmed to HLTV.org that Egor "flamie" Vasilyev and Dauren "AdreN" Kystaubayev have left the team.

The news comes as a huge shock as dAT Team had just come out victorious at the MCS Open Season 1 Finals after beating ACES 2-0 in the grand final of the tournament.

Andrey "⁠B1ad3⁠" Gorodenskiy's men also gave a great account of themselves against CIS rivals HellRaisers in the G2A.com cup, losing 2-3 in a keenly-contested match.

Egor "⁠flamie⁠" Vasilyev, who is widely regarded as one of the biggest talents in CIS, had been part of dAT since July, when he joined the team as a stand-in for ESL One Cologne, while Dauren "⁠AdreN⁠" Kystaubayev was recruited in October following his departure from HellRaisers.

"We are very disappointed to be losing adren and flamie, who we treated as friends, more than teammates, especially Flamie," Andrey "B1ad3" Gorodenskiy told HLTV.org.

"These moves come as a hurtful shock and surprise to the rest of us.

"We have a lot of motivation to keep going, and in the near future we will find out how to fill in the spaces in our team."

The news will fuel speculation that more roster changes in the upper echelon of the CIS scene are on their way. Earlier today, HellRaisers' Oleksandr "⁠s1mple⁠" Kostyliev took to Twitter to reveal that "sad news are incoming."

partydodger
I don't want to be rude, but I am more than sure they know better what will fit them in the future. My personal opinion, I think something was wrong with s1mple attitude towards the game/practicing.
2015-01-14 18:45
4 replies
#148

INB4
Idk why HR removed adren though he was always one of the smarter players sure his aim was a little low but that can improve always. Smart player greater than aim
2015-01-14 19:14
#158

er1KGONE
Honestly, if it would be dAT with markeloff and s1mple against HR with AdreN and Flamie that would've faced off in that bo5 they had recently - dAT would've run away with it. I honestly don't see how HR is ever gonna challenge the current metagame without a toptier awp.
2015-01-14 21:49
3 replies
#182