Gfinity has just announced that the prizepool of all Masters tournaments in 2015 will see a significant increase to $50,000. They also revealed that Scott "SirScoots" Smith will be the host of each of the tournaments.

At the end of 2014, Gfinity announced dates for a total of five tournaments throughout 2015, including four events called Masters, each featuring $20,000 in prizemoney.

Now, a little over three months later, it was revealed that each of the four events' prizepots were increased to a staggering $50,000, meaning that Gfinity will hand out at least $200,000 across 2015. Gfinity are thus following the footsteps of ESEA and FACEIT, both of which multiplied their amounts to over $600,000 and $275,000, respectively.

The $50,000 will be spread across the top four accordingly:

With this announcement, Gfinity also revealed that Scott "SirScoots" Smith will be the host of all Masters tournaments, whose dates can be seen below:

All Gfinity Spring Masters 1 participants are now known, the following eight will take part in the first tournament taking place on March 21-22.

The system of the tournament has changed as well, as the group stage will feature a GSL-type format, with all matches played in a best-of-three, excluding the best-of-five grand final.

CSGO-School.com Freestyle
The infused invite is just a joke. Gplay and Property qualified for this event and now there is infused and property? If gplay couldnt play i would highly recommend agent or myxmg to play there since they were in the semi finals. For sure its a UK org but as a high professional organisation you should prefer uk teams over earned or more important invites
2015-02-26 13:35
2 replies
#105

Number1BrazilianHaterNA
Easy win for nV. Clown 9, infused and G2? I doubt nV will drop a map this whole tourney. The only challenge is NiP,VP and Titan. NiP has a new player, VP shows up every 3 matches they play and if Kenny doesn't have his backpack on then Titans roster are about as effective as harmless bots. They should got rid of the tier 2 teams and invited Fnatic, TSM or even NaVi.
2015-02-26 17:44
#110
GuardiaN | 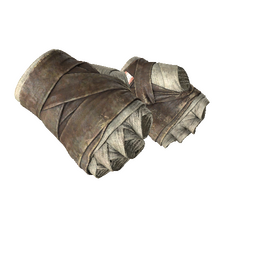