The first season of the ESEA ESL Pro League will come to a close at the offline finals in Cologne, Germany from July 2-5, and a schedule for the event is now available.

The ESL ESEA Pro League debuted earlier this year and promised a total of $1 million in prize money in 2015, spread out across two seasons. The first season, which is nearing the completion of its group stages, will dole out $500,000 and feature offline finals in Cologne, Germany on July 2-5.

Subsequent releases of information revealed that the prize money in each season is equally split between the online and offline portions of the league, meaning that the offline finals will have $250,000 at stake for attending teams. The event is split into two stages. The first stage will feature a double elimination, best-of-one group stage in which the top three teams in each group (meaning there will be two groups) advance to the second stage.

The first-placed team in each group automatically advances to the semifinals whereas the other teams advance to the quarter-finals. All matches from the quarter-finals upwards will be best-of-three, with a best-of-five format grand final.

ESL also promises to host "showmatches" at the event although the content of these matches has so far been unspecified.

Potential attendees can find all available tickets for attending the event at the bottom of this page.

stich
red tape means excessive bureaucracy to the point of impeding decision making, whenever organisations go the ultra-complex route in execution, it's a potential clue for the presence of red tape
2015-06-10 15:09
5 replies
#73

jayss
Because it's ESEA + ESL, ESEA covering NA side while ESL is covering EU side. And I'm definitely looking forward to what NA teams are capable of doing in this tournament.
2015-06-10 15:03
1 reply
#82

piichu
With all due respect, this format is pure BS. Having 4 slots for US when their best team is not even close to the EU top 8, let alone top 5, means we are gonna see a shitty tournament where the top4 is already known, and with really one sided matches with the exception of very specific scenarios and maps for KeyD or C9 where they can compete. Teams like Navi, NiP, Titan won't make it to the LANs, while any of them can rekt any US team at any time on any map. And they are teams which have shown several times that despite of being in a very low form online, they can actually compete for the top1 spot on any LAN
2015-06-10 14:13
9 replies
#34

Chamele0n
I want to see every nation grow as a cs community, the best way for that is to allow several partisipants from several countries join. The NA scene needs this.
2015-06-10 15:17
2 replies
#88

piichu
I agree, but that's not the way. Representation (in those big big events, at least) should be proportional to the overall weight of each region. Also the cs community is pretty grown. It has always been big since the 1.6 and earlier days. The problem is every other US pro player thinking themselves being the best and being unwilling to be part of a team and take roles in that team that are not the superstar one. That's why every US team has completely failed in the last year to acomplish nothing outside the US. There's teams in other regions with minuscule communities (Oceania or Brazil) compared to the US one which are far better than most if all of the US teams (keyD/vox) so, TL;DR: growing community? yes. Giving lesser teams chances to grow and compete? yes. At the price of leaving way better teams out? no.
2015-06-10 17:43
#116

HyperionN
NA put up half the money So they get half the slots feel free to host your own million dollar league and invite the teams you want
2015-06-10 22:56
#32

lnflnlty
absolutely disgusting that esl ruins the best formatted tournament in the game, double elim bo3's, to make room for bo1 group stages, show matches, and single elimination playoffs. a 4 day $250,000 lan and there are 3 entire days where we will see a max of 5-6 maps played. absolutely idiotic
2015-06-10 15:00
1 reply
#78

WarGandhi
They just wanted to give free money to NA teams. They are far from competing with EU teams. It's a very bad choice to give 4 spots for both regions imo and it will be a shame seeing some of the best teams in the world out of this.
2015-06-10 17:48
8 replies
#92

HyperionN
Same. I understand in terms of competition its sub-optimal but organizing tournaments is also a business, and the americans who subbed esea all these years and basically funded half this tournament want american cs to grow. I'm sure NA also represents a large chunk of the viewership and they are more likely to watch a t2 NA team than a T2 EU team, even though the EU team is better.
2015-06-10 23:13
1 reply
#115

ODIEkriss!
Same i dont watch EU matches in the pro league i have only been watching NA matches. Doesnt mean i wont watch eu tournies, fragbite was amazing.
2015-06-10 23:19
#97

Fleshleaves
Ugh! Wish it started Friday instead. Yeah, can't wait until the flood of EU people posting "NA sucks! None even got out of groups!". I'll have to make sure I don't open HLTV for a few days. Pointless beating my head against a wall explaining it's not reasonable to expect any to. I'm not a masochist. Best just to stay away from HLTV for a few days until some of the EU glee at NA failure subsides a bit.
2015-06-23 20:24
#126 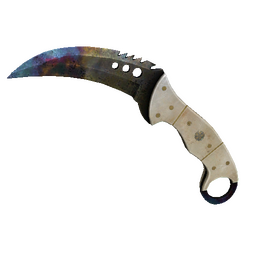