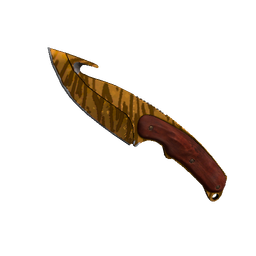 Dexterity have announced that they have parted ways with their CS:GO team with immediate effect.

In a statement, Dexterity did not offer any explanation for the move and simply thanked the players for flying the organisation's colours high at domestic events in recent months.

The decision comes just days after the team lost their most promising player, Marcelo "⁠coldzera⁠" David, to ex-Keyd Stars and replaced him with Gustavo "⁠SHOOWTiME⁠" Gonçalves from rampageKillers. With Keyd Stars being on the lookout for a new team to support, it is rumoured that the organisation could make a move for Lincoln "⁠fnx⁠" Lau's side.

"Today we say goodbye to our CS:GO team, which we assembled at a time when many believed that the competition we faced was unbeatable," a statement from Dexterity read.

"We showed that nothing is impossible when there is dedication. During the time they represented us, these players gave us many joys, and we will forever be grateful to them."

The ex-Dexterity team will attend the $2,300 r1se Cup this weekend, in Rio Janeiro, where they will field the following roster:

ev0lv ("__")
2nd best in Brazil (best now that ex-Keyd left for America). fnx played in KaBuM, MiBR, compLexity, etc. hen1 played for KaBuM as well as FireGamers and twin brother of Lucas. Lucas (otherwise known as lucas1) is the twin brother of hen1. TACO played for Dexterity the longest ever since August 5th, 2014. and SHOOWTiME is their new comer from rampageKillers.
2015-07-22 01:31
1 reply
#130

CoguIsBack
They will participate in the "Golden Chance" Offered by Games Academy. If they win the championship of the Games Academy they will go to the US try to beat the Americans and get a good organization =D
2015-07-22 00:05
5 replies
#31

LmaoBraziliansEverywhere
they will not sign with any other org, why? because of golden chance
2015-07-23 04:50
Login or register to add your comment to the discussion.