Jacek "MINISE" Jeziak has announced that he has stepped down from Gamers2's active roster with immediate effect.

The announcement comes in the aftermath of Gamers2's surprise elimination at the Plonsk eSport Challenge in the Round of 16 following a defeat against Eclipse.

The Polish team's future had already been thrown into doubt after they failed to qualify for ESL One Cologne last weekend. To make matters worse, Team eBettle, who boast ex-Gamers2 member Karol "⁠rallen⁠" Rodowicz, were able to secure a spot at the major in stunning fashion. Gamers2's future is in doubt

Just minutes after Gamers2's elimination in Plonsk, Jacek "⁠MINISE⁠" Jeziak left a message on his Facebook page revealing that this had been his last event with the current team.

"We have lost a match in Plonsk and we are out of the tournament," he wrote. "Congratulations to our opponents.

"It was my last tournament with this team."

Gamers2's have now been left with the following lineup:

*UPDATE* MINISE has released an updated statement on his Facebook page to clarify that he has not left Gamers2, only that he refuses to play alongside mouz again.

"My last post was not correctly explained," he wrote. "This was my last tournament with mouz. What the rest of the team will do depends on them." EatYourBroccoli
They didn't prepare, they probably didn't even care, they likely only came there because they were begged to so the event would get any recognition...
2015-08-01 23:38
2 replies
#71

EatYourBroccoli
Apparently, they were even drinking throughout the LAN, before games etc. No wonder they didn't play very well :P Anyway, the organisers must regret doing the playoffs in the most retarded format CS has ever witnessed. 2 teams that attracted 80% of the viewers out already :P
2015-08-02 01:10
#93

MacheteAk47
First statement is translated wrong. He actually said: IT WAS MY LAST TOURNAMENT WITH THIS ROSTER, not like htlv said WITH THIS TEAM. It means a lot to second statement. However he is worse than s1mple.
2015-08-02 00:20
#186

eStergo
Wow minise, i watched a match on cache where mouz was playing ok, and minise was missing easy shots with awp, then repeeking with 20 hp and dying. Yeah, cry like a little baby even tho you are the most inconsistent player that i have ever seen. edit: i dont know the reason why he doesnt want to play with him but for me it looks really weird...
2015-08-02 00:45
#210

BillyMaysRIP
yah, that's the only person I feel bad for in this whole thing. This drama reminds me of all of the danish drama that basically the killed the danish scene a while back. I hope michu can find a better team or learn english and try for a mix team. Poland's always suffered because there's never been enough talent to support a second top team, but even when they do have the talent, they can't seem to gel. shame.
2015-08-02 03:06
#249

camarpl
minise let's be honest you will never be a top team, you are just not talented enough, look at kinguin, they barely trained at all and they beat VP on lan, Navi online etc, there is just not enough talent on polish scene, you kick mouz and who do you add? I wouldn't be suprised if the player you choose in his place will be worse
2015-08-02 02:52
1 reply
#299

Jaruzel
lol, fuck him. When he got kicked before, he cried like a baby on facebook, wished them bad luck and then they brought him back. Now he says that he won't play with them. Well fuck off then, you are the worst out of this shitty team anyways.
2015-08-02 03:07
#256 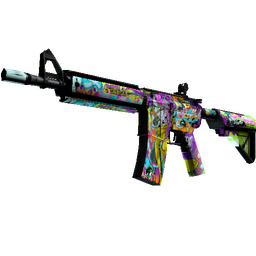