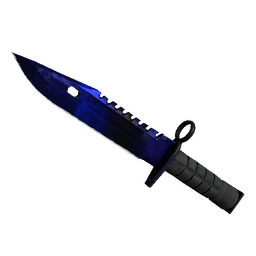 Danish players Jonas 'zanoj' Velling and Peter 'xone' Scheel have gathered together a lineup which seeks to do some damage on the European CS:GO scene.

Jonas "⁠zanoj⁠" Velling, who has a dated history on the Danish 1.6 scene, was a player who appeared on CS:GO's radars quite early in 2013.

After mixed success, not much was heard from zanoj until earlier this year at Copenhagen Games 2015, when his no_rhythm managed to take down Tobias "⁠Troubley⁠" Tabbert's  MnM team in the first group stage.

Joining zanoj in this result was another storied player, Peter "⁠xone⁠" Scheel, who also played with the former player in the logiX.Razer CS:GO team in 2013.

Since then, the two players have been seeking a combination of Danish talent that would allow them to perform at a high level. zanoj and xone team up in OMNIPOTENCE

The players have now announced the completion of a new lineup, which will go by the name of OMNIPOTENCE until an organisation is found:

Syndicate is another player with time logged on various Danish teams, as he can be seen here in 2012 playing with zanoj at Xperia Play 2012.

The remaining two players, PedmaN and Allan 'AnJ' Jensen, are somewhat lesser known, popping up sporadically on Danish mix teams and they have also been linked in lineups with the other players in OMNIPOTENCE before.

In a statement to HLTV.org, zanoj shed some light on the team's background and motivations:

"xone and I have been looking for some raw talent to bring in the firepower needed to compete at the level we want to reach. In the addition of PedmaN and AnJ, we chose to bring in SYNDICATE who has a lot of experience from his many years of Counter-Strike. From day 1 this team just harmonized and the overall chemistry when we play is one of the best we have yet to experience.

We are certain of how to evolve as a team and we want to bring a unique playing style into the game, plus we have the passion and the motivation to push this project into something amazing.

We're learning everyday and we're improving after every match. Now we're ready to go official and are currently reaching out to various organizations for a long-term cooperation. We can be contacted at: OMNIPOTENCE@jihoon.dk"

OMNIPOTENCE are currently enroled in ESEA Open and have plans to compete in more leagues as well.

The resurgence of Danish players from olden times has been a recurring theme recently and a sign of consolidation and strength in the Danish scene. jaimez
not like any of the new players recruited by mTw is known to anybody except that NaToSaphiX guy known only for his youtube channel
2015-08-10 20:12
3 replies
#75

FREE_XELOS
Omg show some fucking respect. Jonas has played for teams like Xapso and Anexis which were the top danish teams coming to the end of 1.6 He has only been playing casually the last couple of years but if he commits to full time CS then no doubt he will be a good player. Wish him luck, seems like a good guy. To many newfags around here have no idea who some 1.6 players are.
2015-08-11 00:24
#119

OfficialHLTVGrammarCorrector
I hope we'll finally have a new team that actually manages to achieve something. It's always like "1337killaH and boobystar, two ukranian players with a big amout of talent make a team and hope for a sponsor" "Da, we always wanted to make a team and I think we finally have the talent to achieve something. We hope to be gud. Everything seems to be perfect" - said 1337killaH on his team "Infernal Madness"
2015-08-11 04:52
#132

Nodios
Waaaaaaat, you use Troubleys team "MnM" at Copenhagen Games, to show their level? Troubleys team at this event sucked, even our team was close to win against them... Good luck in the future to this newly started team, but I think that you're overestimate them. :)
2015-08-11 15:02
#139
Viktor |

wubz
I have no idea who PedmaN or AnJ is.. weird I don't remember their nicks back from 1.6, when they apparently have played with both zanoj, xone and beeck. but nice to see syndicate aka the best imitator of "Anne og Lotte" I've heard, stepping up again =) Looking forward to see if they can do some damage :)
2015-08-11 16:48
#146