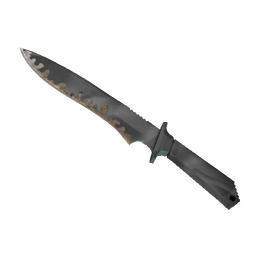 ESL has released the full schedule for the upcoming CS:GO major in Cologne.

Sixteen teams from all over the world will be taking part in the next Valve-sponsored major tournament, which will be held from August 20-23 across two locations: the MMC studios and the Lanxess Arena.

On the first day of the tournament, all four groups will be played out in the Upper Bracket. The four group winners will go straight into the quarter-finals, and then the groups will be redrawn, which means that the remaining 12 teams will be paired against new opponents in the Lower Bracket. The quarter-finals, which will be played in a best-of-three, single-elimination format, will be seeded to prevent potential group stage rematches before the grand final.

Below you can find the full schedule for the major:

Time is adjusted to your selected timezone
#3
IrisDegree |

Raiken786
They always had new strats and tricks up their sleeve when they really need it and when people thought they were in a slump they prove em wrong by goinng to the finals... Btw i bluffed there,i dont have any skins lol
2015-08-14 17:03
1 reply
#223

Fleshleaves
Due to schedule, the quarters will likely see EnvyUs, TSM, Fnatic, and VP in directly. Mouz, NaVi, and NiP seem likely to get to there through the back route. This would leave only 1 team to nab that last spot. Likely, one of: Cloud9 Kinguin Titan
2015-08-13 04:07
#89

Vayatris
God I hope Renegades perform this tournament and can somehow make enough of an upset to reach groups/top8. Not expecting too much from Immunity though, finishing 9-12 would be huge from them, they'll probably end 13-16 though.
2015-08-13 05:04
1 reply
#121

RaboDeJudas
Sorry HLTV.org, I'm still confused on the format. Day #1 is clear, 4 groups and 4 winners go through. Then the Day #2 was confusing for me. They will "restart" the seeds and do 4 groups with 3 teams? Where the bottom 2 seeded teams play and elimination match, and the winner from that game plays the top seeded team for decider? Help, please. Thanks.
2015-08-13 08:55
#125

TommyH
The matchups these last few weeks before this major don't mean much. Either of the teams could be saving their new strats (using the old ones maybe) and they'd just be pugging it while the other team might be going for the win. There have been sources that say that teams actually communicate which leagues they will save strats (with the other teams) so that they don't waste any chances.
2015-08-13 11:32
#150
JORDAN |