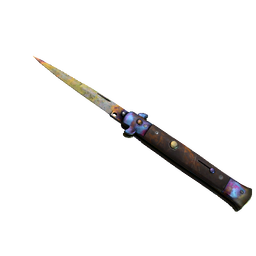 Team YP have announced that they are looking to venture into the Counter-Strike scene and sign their own team.

YouPorn's goal, says vice-president Brad Burns, is to make Team YP "one of the largest esports organisations in the world", and the company is ready to boost its portfolio with the signing of a CS:GO team.

We are looking for a CSGO team! Let your favorite unsigned, awesome teams know! http://t.co/PSulNhAgCT

It is currently unknown whether Team YP plan to break into the scene in full force and sign a professional team or if they want to take baby steps and go for an up-and-coming roster. All teams interested in being sponsored by the organisation can use the contact form available on its website.

WhatIsThisLife
Never been too fond of weed. Tried it a couple of times. Dont get the hype around it.. But i guess you are not old enough to read between the lines, so i am gonna stop this potiential arguement before i get cancer of your stupidity..
2015-10-14 17:52
2 replies
#462

WhatIsThisLife
Thats what people who dont hink would say.. I understand, and i dont blame you too much.. You'll learn eventually, i hope. You dont seem too unintelligent. Niether should you care, never wanted you to care.. Simply stating an observation. You seem a little tight, loosen up a bit.
2015-10-14 19:51
#64

ev0lv ("__")
This doesn't seem like a good idea still. What if they sign a higher tier team that actually makes it to a major? Imagine the uproar YP stickers would cause. Some CS:GO games are shown on TV and this would tarnish the game's reputation in everyone's eyes.
2015-10-14 14:50
2 replies
#411

ev0lv ("__")
These betting sites supporting teams do in a way hurt the game's reputation, yes. But they are atleast directly related to this game and do have business in CS:GO. YP doesn't seem to be involved directly with CS (obviously), and to have a team they would probably have to pull an eBettle->Vexed Gaming
2015-10-14 17:49
#194

obi_wan_kobe
Yes yes yes, I love you guys. If they keep it professional and doesn't really do stuff to taint counter strike's reputation Im perfectly happy to see them promoting their brand. This news is bigger than people think it is.
2015-10-14 14:11
#286

oldshoe
they had a chance 2 years ago or whatever when they signed that DOTA team, sponsorships were scarce in NA and the deals players overseas had were bad. it's too little too late, a ton of money has been pumped into the scene. now, its slim pickins. they won't get a good team, and they'll likely drop the team they sign after a few failed runs. good luck to whoever gets it I guess. maybe if they wait until a specific team contract expires they can poach someone worth having.
2015-10-14 22:43
#503

_ESEA
Given the fact that supex0 the clown only sells to the most ridiculous, unskilled duffuses worldwide, I think someone should link him this thread so he can get to work. Meanwhile flanagan is cheating @ESEA. Oh the feels... ps: Left an account as bait for you Joshua since you're checking me out 24/7. 9 days left papi.
2015-10-20 23:36
#527