Team Secret are once again playing under the banner of Skyred, Cong "crazyguy" Anh Ngo has told HLTV.org.

The Vietnamese side had been playing under the name Team Secret after parting ways with Skyred as they hoped for a fresh start after a period of turmoil that saw them relinquish their spot in the MixBOT Pro-League Invite.

Last month, the team made headlines as they won SoStronk KOTH Asia #1 after seeing off Puzzle 3-2 in the grand final to secure a $4,000 payout and a spot in the second edition of the tournament. In addition to a return to Skyred, the team is welcoming Hoang "⁠J0hnnyP⁠" Tri Phan, who will step into the shoes of Anthony "⁠ImpressioN⁠" Lim as the players felt that fine-tuning the squad was needed in order to scale greater heights in the future.

"We changed a player because we feel that with the lineup we had in Team Secret we could not go to any major," team member Cong "crazyguy" Anh Ngo told HLTV.org.

"We are working hard, and we hope Valve will host an Asian qualifier for the next major."

The team's hopes of featuring at the first major of 2016 remain in the balance as MLG has not yet revealed any details about the qualifying process for the event, which will take place from March 29-April 3. decyfeR
ffabr doesn't seem like the brightest fish in the pond.. tho team secret easily could invest some of their winnings into making an organization, if they'd want that. get some sponsors, put some own money in, acquire like 2 teams from outside-the-spotlight games, aka not from LoL/DotA2/CS:GO, get an even bigger fanbase, ergo more sponsors, etc.. the cycle of a wellrun organization. for that you'd obviously need some well-trained ceos/managers on the other hand.
2015-12-03 21:57
4 replies
#80

OPINIONATOR
they are an org now brah lol, i dont even play dota but a simple google search gave me the answer, team secret's original lineup disbanded thats when they were open to sponsorship cuz they didn't have 5 rich players to support themselves.
2015-12-04 00:12
3 replies
#90

hurrii
Actually it wasn't an organisation at the beggining but it has become one after getting a sponsorship by some turkish businessman. Here is an interview with the owner of Secret from TI5 youtube.com/watch?v=mOGedmE0SBc
2015-12-03 22:17
#155

wreck6
why don't 3 of the skyred members have pictures? They attended Dreamhack Open Qual and there are a lot of pictures available from there. It'd obviously make them grow.
2015-12-04 15:32
3 replies
#139 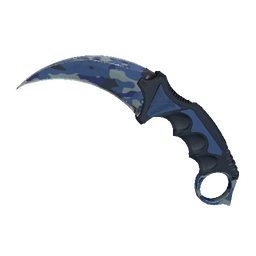 XANTARES
Player of the week
88.5