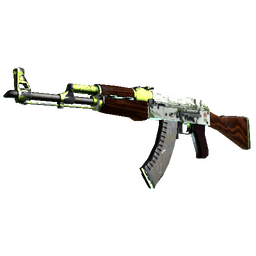 Valve announced that from now on each major tournament's prize pool will be $1,000,000!

* Update: Prizemoney distribution has been added at the bottom.

With the first major of 2016, MLG Columbus, looming around the corner in a little over a month from now Valve have announced that the total prize pool will be increased from $250,000 to $1,000,000.

The initially crowd-funded events have featured a $250,000 prize pool since their inception at the end of 2013, with 7 such tournaments having taken place so far. The majors gain a big boost in prize pool

The Seattle-based company announced this evening that from now on each major will have $1,000,000 up for grabs to be distributed among the participating teams.

"...The professional CS:GO community has been growing at an incredible rate. CS:GO tournaments are now among the largest esports events in the world, drawing global audiences of millions of viewers, filling massive venues, and garnering higher prize pools.

Professional CS:GO has grown, and the CS:GO Major Championships are about to grow with it." - reads an excerpt from the official post.

MLG also revealed that the distribution will undergo a massive change, as teams that exit in the group stage will barely get rewarded at all, while the winner will run away with half of the prizemoney:

NtSheepShagger
wtf? why should the teams that dont get past the groups get more money? most of them are on a salary anyway and you shouldnt get rewarded for going out in groups
2016-02-24 03:50
9 replies
#627

lokodecrack
not all teams are on salary plus they need to pay back what they expended on travels, food, etc and if u think that a little team salary is enough to live playing cs ur are just retarded
2016-02-24 03:57
6 replies
#631

NtSheepShagger
you know that the majority of the prize pool goes to the players right? the org pays for travels, hotels etc and if the org cant pay for the team i think the team needs to find a better org
2016-02-24 03:59
3 replies
#726

lokodecrack
these salaries only happen to top teams, if a team from lets say russia gets to the major, they have an org with very little money and they dont have a salarie to live on, how are they supposed to be better if they cant play cs full time for living ?
2016-02-24 16:40
#885

jdnz
Because we all know a big name team is going to win it, a big name team with a lot of money. If they distribute the prize money money more evenly then we can help establish the smaller teams. This current prize distribution is basically helping the rich and shifting on the poor
2016-02-24 17:54
#692

Chieftainlyth
Prize is so high for winner and so sustainable competition. It should be around 300k$ and the rest should be distributed more equally.especially more money teams at 8- 16th places had, provides more competitive cs world.
2016-02-24 20:32
#307
DaZeD |

JermainWilliamson
Congratulations to fnatic for winning the first ever million dollar major. Dank. May you take your money and not spend it all at one place.
2016-02-24 00:30
#133
shox |

HLTVDoctor
I agree but the small prizepools of 250k$ were getting a little embarrassing. We were out shined by pretty much any other team based eSport. Even tho CS is the third biggest eSport in the world (possibly second)
2016-02-24 01:42
1 reply
#490

tydollasign
I hope this puts the major back into a competitive era. clown teams just attended the major to get sticker money for so long
2016-02-24 00:32
#184

KimG
More than 250k is good! But most people here seems to forget what happened to the dota2 community after they got shitloads of money for their "major".. All the teams stopped attending other tournaments, and we as a community was left with just one tournament a year that had the best teams. Im afraid this will happen to csgo as well :(
2016-02-24 00:56
6 replies
#360

KimG
Of course. I am just saying that I don't want the top teams to not care about other "smaller" tournaments. It is good for the community and scene that we got multiple tournaments with top teams attending. Rather than _1_ tournament each year, which is happening in dota :)
2016-02-24 01:04
4 replies
#386

half3lyfe
its only 1 million lol not 20 big ones like Dota and if anything this will encourage the other Esport orgs to up their salary pools to match the the Major or risk being relegated to T2 teams. Teams will always play but as the game grows so must their salaries. Remember in 2014 all the non majors had prizepools of only 30-50k now today we have 500k and 1.2 million non majors.
2016-02-24 01:10
#442

Tzzantaru
Actually it's you who's low minded and deluded since a couple of pros got caught cheating in the past , you know? You really have to be the most retarded person playing/watching this game to believe that the scene is clean right now and that the temptation to cheat won't be bigger with $1mil prize pool.
2016-02-24 01:14
2 replies
#400

Tzzantaru
But they did get caught , and it really doesn't matter when or where they got caught. The fact is that they were cheating for quite a while and only got caught because they were retards. Also , we don't really know when they cheated , was it only online or at lan but if they took that path of cheating they did it to win big cuz it wouldn't make sense to risk your career for small prizes. Anyway , they only got caught because someone ignored the warnings to not use the cheat and the source code got in esea's hands and then in valve's but think about all the other players that we're careful and got even more careful after this episode.
2016-02-24 01:22
#366

iceweaselbz
Lol people complain about 250k. Now they complaining since its 1 Mil = more cheaters. Hltv always finding something to bitch about. Where are all the people saying Katowice is the real major before this announcement....
2016-02-24 01:29
1 reply
#484

booolleeet
Lmao at the deluded people thinking anyone will be able to cheat at Majors. Do you people have mental issues or something ? They clearly stated every anti-cheating measure that they take and it's literally impossible to cheat at these events.
2016-02-24 01:30
1 reply
#504

siNppa
i obviously can't claim there are cheaters in majors but calling people deluded or mental is a bit too much. For such big moneys people will do everything to win, and it's a fact that many players dodged vac when esea revealed they found about those kernel-level cheats. hopefully nobody's cheating at that level but it's a possibility.
2016-02-24 01:52
#445

StickyRice
I hope you're joking because if it was "winner takes all" teams like vexed (qualified for 2 majors in a row) or E-force wouldn't have had the opportunity to grow making the competition less interesting thus making it impossible for the top 3 or 5 teams to earn really big amounts of money. If it was Fnatic winning uberly insane amounts of money 50% of the time and the rest of the time either NaVi, NV or LG then NiP or VP wouldn't even try and they would quit. So the game would be played between 5 teams or less. So obviously teams around 15-20th rank wouldn't develop and the game wouldn't grow.
2016-02-24 01:59
4 replies
#526

Ayrr
Nice, that's a notable upgrade I think the next major will be the best one we gonna watch so far. Teams must be grinding hard right now. Now make majors with 32 teams instead of 16, improve the group stages with better systems and we are home for a while.
2016-02-24 01:55
4 replies
#543

THE_WILLY
Finally, I guess that having Malmo and Katowice with 250k and not being Majors pressured them into upping the prize pool. Now let's hope that we will get rid off Bo1 group stage and we should have much better tournaments.
2016-02-24 01:52
#508

bangohat
So many people are going to cheat like crazy. Will be fun to watch. If I was in the finals I would make a deal with the other team to split the money. Such a huge difference from first and second place.
2016-02-24 02:37
#577

USAofAmerica
Good news. Now please make the game cheat free. Pretty sure The Mongolz are feeling even more frustrated now that the prize pool has been bumped to $1M.
2016-02-24 07:25
1 reply
#690
pronax |

Dird
oh, then definitely fair Giving them a good chunk of money for playing shit (9-16th) isn't going to encourage them to improve. Just give them a little taste then show them what they could have if they're able to improve
2016-02-24 12:06
#781 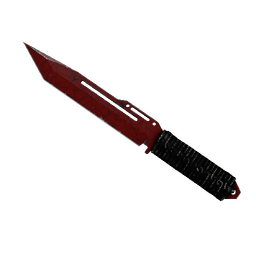