G2 survive a back-and-forth 16-13 battle with Tempo Storm on de_dust2, as they advance to the winners' match to face FlipSid3 for a spot at the major.

The start of the match between Tempo Storm and G2 was a complete replay of the one in FlipSid3's with Selfless, as the Brazilians took an early 4-1 lead after the first three went back and forth.

Three following rounds saw G2 taking early control over each of the sites, while Tempo Storm had to save a few weapons three times in a row. Henrique "⁠HEN1⁠" Teles picked up three kills in the following round from long to retake the lead, only for G2 to reply back to take the game to 7-5.

Triples from João "⁠felps⁠" Vasconcellos and Gustavo "⁠SHOOWTiME⁠" Gonçalves pushed the game to a tie before Ricardo "⁠boltz⁠" Prass made sure Tempo Storm would go over to Terrorists with a lead, as he picked up four kills, including three in a 2-on-3 retake. RpK's double at the end pushed G2 over the line

A pistol round victory for TS was negated by Adil "⁠ScreaM⁠" Benrlitom in the B bombsite and G2 tied the map at 9-9 before losing to a very low forcebuy with a saved weapon. The two teams exchanged rounds after 11-9, which forced G2 on a save.

A saved AWP and a quasi-buy was enough for them to win a round as Richard "⁠shox⁠" Papillon and Edouard "⁠SmithZz⁠" Dubourdeaux picked up crucial doubles on the A bombsite. Exchanging two more meant a poor economical situation for G2, but yet again they ran away with it to equalize the game for the seventh time at 13-13, and even took it to 14-13 due to an eco on Tempo Storm's side.

A very close round afterwards was saved by Cédric "⁠RpK⁠" Guipouy's crazy 180-degree headshot in pit, as shox's patience allowed G2 to get to match point due to time running out. That was soon after exchanged for a narrow 16-13 victory for the French-Belgian team.

The competition is now moving back to group B, where Liquid will meet up with YP in the elimination match before HellRaisers take on mousesports in the winners' match. ortisss
Yeah I watched the game and you seem a little salty. Just shows how stupid you are though that you bring DMG into the mix... a DMG player wouldn't be qualifying for LANs and would crumble under pressure instantly. He had a bad game, brought it back towards the end, get over it.
2016-02-26 21:40
#89

thesteveman
really man? people have poor performances sometimes you know? smithzz brought his game back up towards the end of game.
2016-02-26 22:11
8 replies
#119

blueslurpee478
I disagree about being an impact awper. I think his awful performances just make his good ones look that much better. He had that 1 good round with his awp 2nd half when G2 only had pistols. Most rounds he missed key shots and ez shots. INcluding the shot where someone on TS stood at window not looking and smithzz whiffed a shot of him standing almost still and not even looknig at him One can even expand to him being the worst awper on a team in the top 20.
2016-02-26 22:21
5 replies
#124

thesteveman
I dont think he's the worst awper, I just think he's not flashy, but our opinions differ so they won't change he did whiff a few shots, but he almost always play like this. good discussion braziliano friend
2016-02-26 22:24
4 replies
#125

blueslurpee478
I was wondering why i couldnt pick out efrags awper even though ive seen them play a bunch. efrag aint bad. Theyre good..but theyre just missing something...perhaps its a dedicated awper like u say. Im not going to critisize a team with no dedicated awper. G2 has one and hes shit.
2016-02-27 03:39
#11
artStar |

vicTHOR
Unfortunatelly the brazilians like me dont post often on hltv. I think you can't judge people by hltv cause here is the kind of place that everybody is looking to make jokes and make fun of eachother in a non serious way. At least I take everything in a good way, just for fun. But the thing is that I know when and where I have to give my true and serious opinion about something here in hltv, most of brazilians dont.
2016-02-26 23:39
1 reply
#147

auguR
It always gives me heart attacks when we see teams which have been hyped up before tournaments face top teams on DUST2 in a BO1, that is like the ultimate upset set up for a match. Happened a lot to nV. But good job by G2 to win even after losing both pistols
2016-02-26 21:37
4 replies
#76

Foryon2
u obviously dont know much about the game if u think losing both pistol in a map doesnt matter LOL its potentially 4-6 "free" rounds and a stable economy building up, TS were just shit at capitalizing it reminds me of G2 some months ago losing to every fucking eco possible but they do it less recently.
2016-02-27 03:25
1 reply
#148

hugoooo
Look, you didn't understood what I've said. If you lose ALL your anti-ecos, winning both (TWO) pistols doesn't matter. You win the pistol but lose the round right after (when all your enemies are using pistols). Not only this but TS lost every round they played against a money-reset G2. On this whole situation, winning two pistols means they only got TWO rounds, instead of the supposed six they should've gotten. Got it?
2016-02-27 14:59
#91

Hayashin
agree on the map topic. problem with dust 2 is that it is so puggy that nobody ever perfected it and no one ever will probably. even when astralis were gods on ct side they still lost games, it gives teams a lot of room for strange and individual plays
2016-02-26 21:47
#79

SUPREME_MASTAH_B8R
Heheyeheheyehyyehey, calm down your titz, they only have ONLINE MATCHS POINTS lol are u really idiot? Never GO full retard
2016-02-26 21:56
5 replies
#107

SUPREME_MASTAH_B8R
Yeah coz G2 lineup with a lot of LAN points on EU ESL league are just barely better than a team on ESEA Premier who defeats NA teams... Hahah, the HLTV ranking is fine, but u are who is blind and trying to MAKE Excuses. BUT nt retard lol
2016-02-26 22:02
3 replies
#117

LekkerZera
I was expecting their victory for sure, but 16-13 was very strong imo. If you can't have a discussion without the cliche "brazilians monkey, no brain favela, et" it shows how dumb you are. I do believe that d2 is their second best map after mirage. And yes, every single round they won as T (5) was running with tec9s, makes sense. have a good one ;)
2016-02-26 23:19
#101

Knightcall
Tough game TScould win this game if they were a little bit luckier Still most interesting match this week
2016-02-26 21:44
#88

numbbymks
they don't. peacemaker is the IGL for them. when fallen was in their house, it was because he was there to give some good morale since they're playing against t1 NA. fallen just gave tips like ''ya should use this position more, it's gay as fuck'' or ''they'll probably go b'' stuff like this. proof is periscope.
2016-02-27 00:45
#140 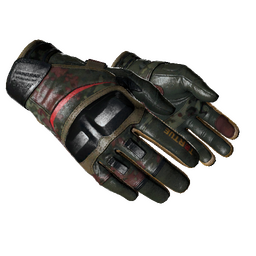