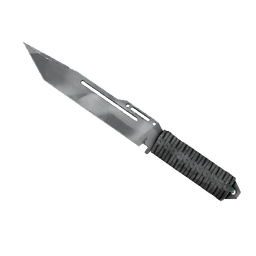 Twenty games were played in the third week of the ESL Pro League Season 3, and we now take a look at the matchups, the best performances and the standings.

This match-week marked the debut of MOUZ as their match in the second week had to be postponed due to an update by Valve. They faced the Frenchmen G2, with Johannes "⁠nex⁠" Maget averaging a 1.33 rating with +16 plus/minus, but still it only gave MOUZ one map as G2 picked up de_dust2. On the second map, de_overpass, three players from mouz had a rating higher than 1.33.

Envy and a struggling Virtus.pro met on de_cbble and de_mirage. The first one went the way of VP in double-overtime, with Wiktor "⁠TaZ⁠" Wojtas having a 41-24 K-D. His performance did not carry over to the second map, though, as the Frenchmen secured it 16-13.

Perhaps the best matchup of the week was between MOUZ and NIP as both maps came down to the wire. The ninjas grabbed the first one (de_cache) in overtime thanks to an incredible showing by the veteran Patrik "⁠f0rest⁠" Lindberg, who posted a 1.66 rating and a 39-19 K-D, and they went on the win de_overpass 16-14. nex & co. managed to qualify for the major

Christopher "⁠GeT_RiGhT⁠" Alesund & co. later faced Natus Vincere on de_train and de_mirage, with GeT_RiGhT shining with an average 1.51 rating and a 58-35 K-D. The CIS team won the first map but struggled on the second one as Ladislav "⁠GuardiaN⁠" Kovács had issues mid-game and Sergey "⁠starix⁠" Ischuk had to stand-in for eight rounds. GuardiaN came back later in the game but, NIP still closed it out 16-10.

A map victory against Envy earlier that week did not rally the troops of Virtus.pro as they got crushed by Astralis, especially on the first map (de_overpass) where they lost 3-16. Their performance on de_cache was a little bit better but it wasn't enough to prevent them from losing again. All of Astralis players showed up, with Andreas "⁠Xyp9x⁠" Højsleth leading the way with a 44-26 K-D. Paweł "⁠byali⁠" Bieliński's rating on de_overpass (0.22) tied his worst map performance in our records. His other 0.22 rating game was back in 2014 in Fragbite Masters against Titan.

The European division leaders fnatic didn't have any kind of trouble against SK, who failed to qualify for the major, as all Swedes stepped up on both de_overpass and de_cache. Robin "⁠flusha⁠" Rönnquist averaged a 1.43 rating, while Jesper "⁠JW⁠" Wecksell had a 1.40 one. fnatic now have 21 points in the league and a +47 round differential. In the North American division, Splyce who qualified for MLG Columbus 2016 this weekend, and Winterfox played two strange maps to kick their week off. Splyce grabbed de_cache 16-2 but lost de_mirage 3-16. All of Splyce's players had a positive K-D in the first but were on the red on the second map ,while WFX players posted negative ratings on the first map and had positive ones in the second match.

Skyler "⁠Relyks⁠" Weaver's 46-33 K-D performance helped his team get over AGG 16-11 on both maps. The first map was de_mirage and AGG were 10-4 ahead but lost twelve of the last thirteen rounds, giving away a possible map win. Selfless lost to CLG in a different match, this time on de_overpass], with Tarik "⁠tarik⁠" Celik posting a 1.75 rating and a 35-20 rating. Michael "⁠Uber⁠" Stapells countered that on the second map to carry his team to victory and ended up with a 2.07 rating.

The last clash featured NRG and Liquid. Fatih "⁠gob b⁠" Dayik's team upset the favorite side and picked up de_dust2 where Kenneth "⁠koosta⁠" Suen had a fantastic ace. Aleksandr "⁠s1mple⁠" Kostyliev improved on the second map and led his team to the win with a 30-19 score. Nikola "⁠LEGIJA⁠" Ninić was solid throughout both games with a 50-38 K-D. Player of the week:

The Swedish superstar had the biggest KD-differential this week (+29) and averaged a rating of 1.29. Considering the opposition he faced during the week, the ninja is the one who deserved it the most. During his four games, he never had a negative rating and his consistency helped NIP in a huge manner.

Team of the week:

NIP won three of their four games this week and claimed the third spot of the EU division with 15 points. Jacob "⁠pyth⁠" Mourujärvi had a couple of good maps, and it seems he is slowly adjusting to the ninja life, but he still needs to move up a gear in order for his team to end up in the top four. f0rest also had a good week with a 1.20 rating. NiP will play two maps against a struggling Virtus.pro side and two against FaZe, and they genuinely have a chance to secure three or four maps in the upcoming match-week.

What to look forward to next week: flusha_is_ugly_cheating_cunt
These "weekly" recaps are really good. And I'm glad that NiP are playing better than before. Because NiP with THREAT is basicaly completely different NiP. Btw, they weren't "team of the week" a long long time :D
2016-02-29 21:02
1 reply
#48
BnTeT |

WhoWhatWhatWhatWhere
im a big vp hater but dont say they suck cause of dumb online games... as the wise semmler once said, csgo scene wont be that good as others (lol) cuz of dumb online games nobody cares bout.
2016-03-01 19:42
Login or register to add your comment to the discussion. 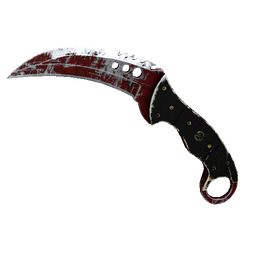