DreamHack has revealed the invited teams that will participate in the European Closed Qualifier #1 for DreamHack Masters Malmö, featuring dignitas, mousesports, G2 and more.

The first edition of DreamHack Masters will be hosted in Malmö, Sweden, from April 12-17, with $250,000 on the line. Some of the world's best team will be in attendance as eight teams have been directly invited and Tempo Storm, CLG and Liquid have qualified via the North American qualifier.

Europe will hold two qualifiers, one from March 12-13 and the other from March 19-20. The first day on both occasions will be an open tournament featuring 512 teams that will clash in a best-of-one single elimination format. The squads that succeed in reaching the top eight will earn the chance to attend the closed stage. MSL & co. disappointed in Columbus, they'll want to bounce back

The sixteen squads that are in the closed tournament will have to outplay their opponents and reach the top two to qualify, meaning both of the closed stages will give away two spots, four in total. All of the combined 1028 open stage spots have been claimed and no more teams will be able to sign up.

Among the invited teams of the European Closed Qualifier #1 are G2, MOUZ and FlipSid3, who booked their tickets this weekend to Columbus to attend the first ever $1,000,000 major after coming through at Main Qualifier.

All the invited teams for the first EU qualifier can be found below:

The schedule for the closed qualifier:

You can still sign up for the Asian open qualifiers here to have an opportunity to join the eight invited teams waiting in the closed stage.

Georgi 'WorldEdit' Yaskin
Time is adjusted to your selected timezone

Lasagna
This shall be disaster for g2 if they do not qualified. I think they should kicks pokemon trainer rpk if not. i think g2 and dignita shall go through to major.
2016-02-29 23:27
#5

kuole
Why is CSGL and Vexed over HR ? They arent even in open qualifier btw. there are 2 closed qualifiers from this 2 teams will go and from the next one 2 more( you can look on faceit tournaments P.S. even E-Frag is bullshit but ok
2016-02-29 19:08
#39

Zitron
The person who is responsible for this invites teams don't know the scene enough like many pointed out its atleast 3 teams who deserve the spot more then those who got it.
2016-02-29 19:42
#64

MagaretoELf
they know the scene. E0frag invite is ok cuz tell me what did Ence and Ancient acomplished in the past month and so ? . Won a shitty tournament and thats all. What did ENCE accomplished ?. still CSGL invite is not fair HellRaisers should be there
2016-02-29 20:02
3 replies
#68

BenneDoT
Invite some Swedish teams maybeeee? It's in malmö ffs
2016-03-01 18:55
Login or register to add your comment to the discussion. 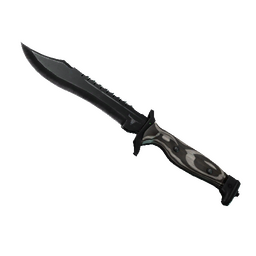