Similarly to three maps versus Virtus.pro yesterday, Tempo Storm started off strong on Cache opposing SK. A pistol round win as CT, Lucas "⁠LUCAS1⁠" Teles's triple in a 2v3 retake scenario and João "⁠felps⁠" Vasconcellos's triple on the A bombsite pushed the game to 7-0 before the Danes could reply.

Economy of the underdogs was in shreds once Henrique "⁠HEN1⁠" Teles got an AWP triple of his own on A, and from there on even rounds such as the 21st where Andreas "⁠MODDII⁠" Fridh got a double entry kept going Tempo's way.

As LUCAS1 managed to win a 1v1 with a defuse in positional advantage and HEN1 got another trio of kills, making the halftime score 14-1, it was only a matter of time before the Brazilian squad picked up map one. Cache ended at 16-5 when Ricardo "⁠boltz⁠" Prass got a quad-kill with a saved AK while his teammates were on an eco.

Map two, Dust2, was expected to be much closer and it delivered from the start. Doubles from boltz and felps in the pistol put TS up on 2-0, but the Danes took it right back with three in a row. Another double by boltz and one from HEN1 stopped the streak and helped their team retake the lead, but it was taken back shortly after. MODDII was consistently getting kills as SK took another three-round streak, but with Gustavo "⁠SHOOWTiME⁠" Gonçalves defending B with an AWP and boltz winning a 1v2 retake on the same site, the Brazilian number two was up 8-7 going into their own Terrorist side.

That helped SK Gaming win three in a row once more, but the two anti-ecos/forcebuys were costly, which put them on an eco in turn once SHOOWTiME's flank made it even at 10-10. Across the next four rounds Tempo won two 2v2's on the B bombsite, the second of which was - once again - all boltz who got four more kills to his name.

Jacob "⁠Pimp⁠" Winneche and MODDII were the stars of SK once more, as their individual play made it even at 14-14, but their gamble where the Swede was left alone on B didn't pay off and Tempo Storm got to match point. They couldn't close it out in regulation though, but managed to take three rounds as T in overtime and got the victory in the last round as CT at 19-17 despite a poor mid-to-B setup.

SK's second pick, Mirage, started off with Emil "⁠Magisk⁠" Reif turning in four kills in the T-sided pistol, which rocketed his team to a 4-0 lead as boltz couldn't defuse the bomb in time after a close clutch situation in the first gunround. Friis stepped up on Mirage

Three following rounds into the hands of Tempo Storm due to individual play from the trio of HEN1, boltz and LUCAS1, but Michael "⁠Friis⁠" Jørgensen replied with one of his own for 5-3, eventually extended to 7-3. LUCAS1's 1v2 clutch while Tempo was on an eco and him saving a close 1v3 attempt from MODDII gave his team three rounds out of five as SK switched over at a 9-6 lead.

After the Brazilian squad overpowered the B bombsite in the pistol, Pimp finally stepped up to the plate with a quick all-headshot triple with a fiveseven after a struggle on the first half. That completely shifted the course of the remainder of the map, his team stormed onto a 14-7 before Friis made it match point after two attempts at defusing the bomb with one of his opponents being alive. SK made the series 2-1 after only two more rounds at 16-9.

The fourth map was Cobblestone, a map on which Tempo Storm previously defeated SK 16-6 in the group stage, and the second time wasn't any different than that. HEN1 and company started with a commanding 8-0 lead despite some of the rounds starting with a two-man advantage for SK Gaming. The Brazilians are on the rise

HEN1 delivered great plays over the course of the first half, including a 1v2 and a triple-kill in two of the four gunrounds towards the start. Pimp also showed up, as his triple secured his team one of the rounds as CT, but overall the Brazilians were too much to handle.

HEN1 ended up at 17-4 at the end of the first half as his team switched over to Counter-Terrorists at 12-3. They couldn't convert a 4v2 into a pistol round win however, as both Friis and Pimp picked up doubles in the unfavorable situation.

That gave them two rounds, but HEN1 stopped the streak in its tracks with three kills with the AWP once again. Their economy was broken after they lost the following round, but they were still able to win one of the ecos on the B bombsite and set the score to 14-8. Two more rounds afterwards they celebrated their first international victory at 16-8, 3-1. ultim8isfiredup
God damn, please stop this shit, all you guys act like brazillians are subhumans and stuff, sure, there are some retards, but you are always generalizing, let's just stop and enjoy the game.
2016-05-01 21:41
7 replies
#181

f0ley
it's not some, it's most of you. Still, I don't resent Brazilians and treat them well like anybody else. I don't know if you remember but once there was an International Heroes of Newerth community. It got separated in two because of Brasil. It's just the way it is. Argentinians are also deemed as assholes because well.. most of us are. Stereotypes exists for a reason. People tend to say that its bad to generalize but it's not wrong to make an observation and recognize a pattern. I get called "Boludo" every single time by 90% brazilians. I have never been disrespectul to you or your country men. But I understnad how it is.
2016-05-01 22:03
3 replies
#192

sajlent
lol fanboy I would be first to ban you from this site unfortunately I can't hf for now retarded favela, even your brazilian mates hate you LOL
2016-05-01 22:08
2 replies
#187

jac0b^hSk1nG
he definitely is but I don't think it's the right timing for him to replace shoowtime they haven't shown their full potential imo. Maybe in 5-6 months or perhaps then keyd stars would have moved to the US and destiny could play internationally with keyd
2016-05-01 23:23
#158

Gabrielmvfx
Keyd will not change a player like that again, although they have lost the SA minor, they looking very consistent right now (and they are coming to US to play NA Major qualifier). also they just win a brazlian (shit) LAN 1 hour ago.
2016-05-01 21:57
4 replies
#194

mkai
lol you are not even a really stupid kid you are have also no clue about germany I bet you dont even know where germany is. And btw that was a shit tournament since there were only 2 decent teams and of them is in a slump.. german salary yearly is 34k
2016-05-01 22:41
2 replies
#238

aagii247
haha fuck off dude my german friend told me Germany is the shit and they give u different salary what job u have wtf thiss shit! if u clean in Germany u get so shit like why? because Germanistan
2016-05-02 11:57
1 reply
#239

theonlyjao
I know 90% of HLTV hates the BR community (Which is not your ppl fault) but dont hate the team for that,these guys have been trough a lot and they finally manage to win a tournament,it isnt a major or anything like that,but its still a international tournament,they deserved it,congrats TS and wp SK.
2016-05-02 01:40
3 replies
#218

theonlyjao
Cant do nothing bro,only if Fallen say this public,like Twitter or his Stream,maybe with that these retards would understand how stupid this is.
2016-05-02 02:12
#243 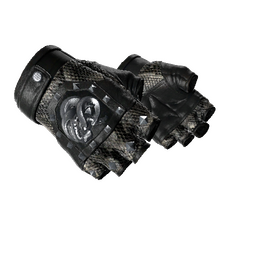