Immortals, previously a League of Legends-only organization, have ventured into CS:GO by signing the Tempo Storm roster.

According to ESPN's story, thus far an organization only fielding a League of Legends team, Immortals, have attempted to venture into CS:GO with numerous lineups, including Splyce, GODSENT and Renegades in the past months.

However, it is the Brazilian roster that previously represented Tempo Storm that is, effective immediately, transferring to Immortals, who have bought the team out of their contracts with their previous organization.

Tempo Storm reportedly began searching for buyers after the roster was left out of the invited list for ELEAGUE. Under the Tempo Storm banner, the number two team in Brazil have recently secured a place in the ESL One Cologne Main Qualifier by placing second to OpTic at the Americas Minor.

They have also earned their spot in the fourth season of ESL Pro League by winning ESEA Premier Season 21 North America Finals, and came in second place at DreamHack Austin, cementing their place as one of the best teams in the region.

Following their recent achievements, João "⁠felps⁠" Vasconcellos and company broke into the top 10 of HLTV.org's Team Ranking for the first time.

"We have never been so motivated to reach our goals and be the best. We would like to thank Immortals for this opportunity and we will not take this for granted. We are going to keep doing our work and representing Immortals in the best way we can." Henrique "HEN1" Teles told ESPN.com.

The following roster will from now on represent Immortals:

Immortal's LAN debut will be the ESL One Cologne Main Qualifier, set to take place from June 9-12 in Katowice, Poland, where they're facing Envy first in the newly-introduced Swiss system.

No_Kappa
This is great news. Something must have gone wrong between EL and Tempo Storm administration for them to not be invited. I hope Immortals org is able to give them more opportunities. This roster has great potential. Without knowing many details, thanks Reynad for letting them go fly to higher skies.
2016-06-01 22:08
1 reply
#308
gabs |

DLG Inspire
They did fuck up in playoffs but made 17-1 record in the normal season. So you can imagine how good players they have. They bought 2players from Semi finalist FNC and 1 or 2 other really good players from other teams,also they had to buy the spot in the league which isnt cheap either
2016-06-01 21:14
3 replies
#150

ragzy
Immortals is a well-funded org backed up by heavy investments from wealthy big CEO's.. So trust me they have a lot more $$$ than TS. Source of my info is a league of legends reported did an interview with the dude that runs and manages the immortals LoL squad and he said the money for team house and funding came from business connections / investors. youtube.com/watch?v=2n6yV1guZuY
2016-06-03 03:15
#302
s1mple |

lokodecrack
yes, some eleague personel said that they called tempo storm first and reynad told them to not call him again or something
2016-06-01 23:02
3 replies
#266

RiceNoddles
just saying they aren't really immortal, was hoping somebody who knew what i was talking about would comment something funny :/
2016-06-02 00:28
1 reply
#291

possup
Yea I agree but I also dont think much eu teams deserve it either salaries should be lowered tbh so teams actually have to win tourneys to make a living.
2016-06-01 21:46
#204
felps |

LmaoBraziliansEverywhere
also, read about E-League immortals came, offers more to them, they go because they are not LG Kappa
2016-06-01 21:29
2 replies
#198

lokodecrack
as my countrymen said what about e league ? reynad fucked up on the eleague invite and immortal offered more, nothing wrong on changing the team, whats wrong is accepting that offer and then backing off like fallen and co did
2016-06-01 23:05
#117

SmartBrazilian
the excuse was that they were inviting big NA orgs over talented teams, like invite TSM or Optic over Tempo, Immortals is a pretty rich org, so no excuses.
2016-06-01 21:33
1 reply
#209

1234567numberguy
Good for the players, finally they might be able to play in the big tournaments, obviously there is alot of fuckery behind the scenes with the big leagues not liking reynad or the org tempo storm. about eleague as reynad himself said he tried contacting them for months with zero response from them.
2016-06-01 21:30
#203

ragzy
youtube.com/watch?v=2n6yV1guZuY Immortals is run by some kid "CEO" that got bankrolled probably by his dad and dads business connections. They have a lot of money.
2016-06-03 03:14
Login or register to add your comment to the discussion. 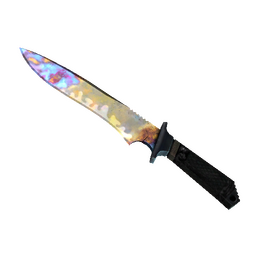