Mathieu "Maniac" Quiquerez has officially departed EnVyUs as he plans to go back to playing actively.

Mathieu "⁠Maniac⁠" Quiquerez has been a coach of Envy since January this year after the French team's results have dipped towards the end of 2015.

Their results have however not improved in the long run, as after winning Game Show Global eSports Cup in early February, Envy bombed out in last place of multiple events, including IEM Katowice and even more importantly MLG Columbus. Maniac to go back to playing

The last major was also the last event Maniac attended with the team. Soon afterwards speculation arose surrounding him and a new team under the LDLC banner.

Reportedly, he was left out after Kévin "⁠Ex6TenZ⁠" Droolans was chosen over him as the leader of the new French-speaking team following the Belgian's departure from G2.

"I decided a few weeks ago that I wanted to play again. I came to that decision before the Major and the results of the team really had no influence on it. I appreciate the boys very much. I'm confident they will find their way back up. They have the talent and the experience for it." Quiquerez told HLTV.org

"As for me I simply wanna play again. Standing behind them for a few months had me realize that I still have the passion for the game and that's what I want to do now. I'll give it everything I have and see where I get. Thank you all for your support. Hopefully you'll hear from me soon."

It's unclear whether the Swiss has already found a team to play with. The most likely option seems to be LDLC, who weren't able to qualify for the European Minor following a loss to Millenium, and more recently DreamHack ZOWIE Open Summer as they lost to PENTA in Round of 16 of the first closed qualifier.

StickyRice
I'm not StickyRice (who is apparently banned from Twitch, someone told me that because they thought i was him). I used to watch him when he streamed poker on Twitch (he also streamed CS GO).
2016-06-05 15:05
1 reply
#157

FeNoM_XD
nope jkaem is pretty solid he just needs some motivation everyone from FaZe except aizy and kioshima looks like they are playing just for money
2016-06-06 16:46
1 reply
#241

Avargaque
He should actually replace DEVIL :v
2016-06-09 21:52
Login or register to add your comment to the discussion. 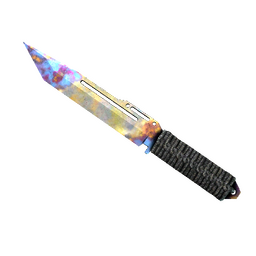