zonic steps in for Astralis in ELEAGUE

Astralis have announced that coach Danny "zonic" Sørensen will act as a stand-in in ELEAGUE in all the matches that Finn "karrigan" Andersen is unable to play.

On Sunday, Finn "⁠karrigan⁠" Andersen revealed that his travel request to enter the United States via the system called ESTA - Electronic System for Travel Authorisation -, had been rejected due to his recent trip to Iran.

This means that the 26-year-old must apply for a visa, and with Astralis due to play their first match in ELEAGUE in little over 24 hours, it is likely that he will miss at least his team's first two sets of matches, against NRG and CLG. zonic to step in and replace karrigan

Until karrigan has landed in the United States, it will be Danny "⁠zonic⁠" Sørensen, who has been the team's coach since January, to complete Astralis' roster in the $1.4 million league.

The 29-year-old was one of the most successful Danish players in Counter-Strike: 1.6, winning a series of international events while playing for mTw, including WCG 2008, WEM 2008 and the IEM III European Championship.

Should karrigan manage to board a plane to Atlanta on Tuesday, Astralis will field their full lineup in their third round-robin group match, against SK Gaming, on Wednesday evening.

He won't fly out tonight, but we're working hard to get him on a plane tomorrow. Looks promising!

We will be using @CSzonic for the @EL matches that @karriganCSGO won't be able to play.

Scrubby
they did briefly announce the team with zonic etc. but somehow got denied sponsorship and then closed the entire cs go team idea all together
2016-06-06 16:52
4 replies
#89

ishyk786
They did. But they made the mistake of thinking that just because they were legends in 1.6, that they would have everything handed to them on a plate in the form of an org, sponsors, salary etc lmao. They didn't realise that it meant fuck all being good in 1.6 because CS GO is a completely different and more skilled game. Why do you think these guys stopped playing the game a few months after it came out? Because they sucked hard dick
2016-06-06 17:01
11 replies
#105

Bllets
You OBVIOUSLY did not try the game back then. CS:GO was as competitive as hitting a big of dirt. It as absolutely awful and a disgrace. There is a reason why Valve reprogrammed huge part of the game and why there are so many "unfixable" bugs in the game.
2016-06-06 18:16
1 reply
#147

_fAle_
Why do you think these guys stopped playing the game a few months after it came out? I have an answer for you and surprise surprise it is quite obvious. The game was fucking horrible when it came. No one from 1.6 liked it at all. You know the game is a bit different now a days then what it was back in the beta/first release.
2016-06-06 21:09
#129

M4niacpe
they actually announced the mTw, they were streaming on azubu and shit, but since zonic joined astralis i never heard of them again
2016-06-06 17:37
#118

flusha_is_ugly_cheating_cunt
Well, everyone is better than karrigan in terms of skill - even random russian DMG from matchmaking, so this is huge upgrade for Astralis.
2016-06-06 16:42
1 reply
#125

dascouves
Fucking USA and their shitty VISA issues all the time... seriously, unless they GARANTEE THAT THE ALL THE FUCKING TEAMS WILL BE THERE WITH ALL THE FUCKING PLAYERS, THERE SHOLDNT BE ANY MORE TOURNAMENTS IN USA!
2016-06-06 18:34
2 replies
#155
NEO |

R0TH
So karrigan could enter the USA when he traveled to the Columbus major, but now his request is rejected? But anyway, he tweeted that it seems he can pick up his visa tomorrow and will be able to travel.
2016-06-06 18:54
#162 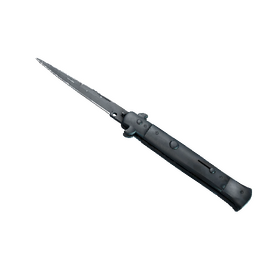