Immortals sent ENCE home as the Brazilians beat them 2-0 at DreamHack ZOWIE Open Summer (16-14 on Mirage and 16-7 on Cobblestone).

The elimination match of Group A in Jönköping was a best-of-three series between Immortals and ENCE. The first map, Mirage, started with the Brazilians on the T-side and Lucas "⁠LUCAS1⁠" Teles's entry kill brought them the pistol round win.

After securing the anti-ecos, Ricardo "⁠boltz⁠" Prass & co. grabbed the first weapon round, losing only two players. ENCE got their first round to make it 5-1 but failed to follow it up and the Brazilian team went on to lead 8-1. ENCE salvaged the half and trailed 6-9 at halftime. boltz won Mirage for his team

Immortals secured the first five rounds of the second half as they led 14-6. ENCE replied once again and trailed 14-15. In the 13th round, ENCE had a 3vs1 advantage but boltz got two kills and defused the bomb while Miikka "⁠suNny⁠" Kemppi was still alive and the Brazilians won the map 16-14.

Cobblestone was the second map and the CT-sided ENCE picked up the first three rounds as they lost one player in total. The fourth round was a clean sweep for Immortals but ENCE replied with Aleksi "⁠allu⁠" Jalli's 1vs2 clutch before the Brazilians could tie it (4-2). ENCE players keep wondering why it's not easy for them

The clutch only delayed the inevitable though as Immortals won three rounds in a row to take the lead (5-4). allu once again clutched a 1vs2 and tied the game at 5-5 but Immortals took charge after this points, finishing the half 10-5 ahead.

Although Immortals lost the pistol round of the second half, they managed to win the following one with a force buy (11-6). The Brazilians took control and won the map 16-7 and the series 2-0, eliminating ENCE.

The next match in Jönköping will be between Epsilon and HellRaisers and you find streams to watch in our match page.

IarentThinkThatz
felps GOD. and look boltz, he's the most handsome player ever in the international scene, the only guy who can compete with dosia!!!
2016-06-19 13:45
#38 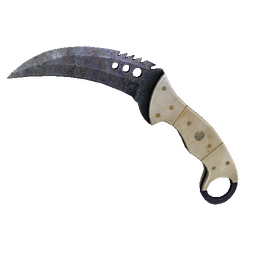