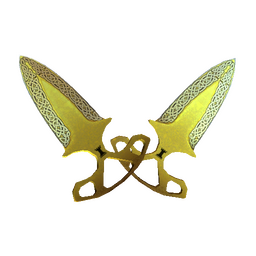 ESL has released a provisional scheduled for the upcoming CS:GO Major in Cologne.

From July 5-10, the German city of Cologne will host the second Counter-Strike Major of the year, where 16 teams from all over the world will battle it out for their share of a $1 Million prize purse.

The first three days of the event will be played behind closed doors, with the playoffs taking place at the LANXESS Arena, the same venue of last year's Cologne Major knockout stages.


LANXESS Arena will host the playoffs

Below you can find the provisional schedule released today by ESL:

Meanwhile, ESL has released the group order, which looks as follows:

impossibru
Yea, they need to figure out a way to avoid these kinds of groups, basically every team in group D is top10, 3 of which could be considered top5 atm. They need to adapt better to current form/rankings than tournaments that happened 4-5 months ago.
2016-06-22 20:18
#52
MrFuckYou |

InvadersMustDie
actually I will cheer for Liquid more than for Navi but my point is that there will be no boring games in this group (unlike f3 vs optic or gambit vs dignitas) but I wouldn't mind both fnatic and luminosity to get trashed during group stages Kreygasm
2016-06-22 20:22
1 reply
#83

B4R73K
They may be inconsistent or whatever the fuck you're saying, but they're miles above teams like flipsid3, CLG, gambit or whichever other teams are here and will never win anything.
2016-06-23 04:59
#151

Therealkabumm
Really looking forward to this tournament. Idk why but i have the feeling that it will unforgettable.
2016-06-22 20:12
#50

cloney
That one of Gambit/CLG/dignitas becomes a "legend" team, is really fucked up. Group A: Most boring, worst games. Group B: Standard Major Group, 1 Na "hope", Flipside forever major tactics, 2 top 5 teams. Group C: The fun group. Every Team there can either play extremly well or totally shit. Will be the best group for entertainment. Group D: Group of Death. SK and Fnatic are trophy contenders, G2 looks like the best challanger team (if not tilting stronk) and FaZe is a nice addition, also stronger challanger team. Bolt Predictions: A: Astralis over Gambit B: NaVi over NiP C: Mouz over Liquid D: SK over Fnatic
2016-06-22 21:07
4 replies
#100

cloney
To get out first, you need to win 2 best of 1s. If mouz does not get out first, they go out third. They will never win the best of three against any of these teams under the pressure. This is the hardest group to predict, as every of these teams can show extreme ups and downs. I think it can happen that Mouz wins over VP in a strong fashion the Bo1 and then drives over Liquid/nV in another Bo1. It is not the most likely thing to happen, but it is possible. It is no hype, I know that Mouz cant win a Bo3, neither in Groups nor in the Round of 8.
2016-06-22 21:41
1 reply
#107

mamba99999
Mouz will play against VP their first match, and as far as I remember, Virtus has always been great on big lans - the opposite with Mouz, and again, they seem to be really momentum based, so I really doubt in their victory in the first BO1. Then they have nV and Liquid - will be really tough for them. I go for VP and nV (but Liquid is a biiiig question mark - new roster - will be interresting).
2016-06-22 21:59
#158

FOURTIMES
They should remove the showmatch from the schedule and have a longer BO5 grand finals instead. I'd much rather prefer that to a boring showmatch.
2016-06-22 21:43
2 replies
#106

unclejoe
One of the worst groups we had in majors to this point. But i' gonna watch most of it nonetheless. Predictions: Group A:Astralis over CLG, Group B:NiP over Na`Vi (if navi shows up then pls reverse the order). Group C:Hardest to predict. IF eV shows up they gonna top the group(problem is they didn't do that in forever). Mouz has always had good matchups against both nV and VP(it;s becasue of thier slow style of play). Liquid is a BIG mistery(new players, limited amount of practice, possible weakest teamplay yet they have second bigest talents on thier roster after nV) VP plays good in majors but we haven't seen them play for a month. If they shows up strong in eleagues' last week then maybe they can top the group. Otherwise there's no data to expect they gonna advance over nV or Mouz. Group D: Fnatic is back so they gonna take first place over Lumi. G2 form is deminishing now, faze are just too inconsistent and they are destined for fourth. TLDR: Astralis, CLG NiP, Navi Mouz, nV Fnatic, Lumi
2016-06-23 11:02
4 replies
#143

unclejoe
Nice poll, thanks. As for the Group C: depends who drawns who. I think Mouz>VP, Mouz>nV so they might finnish 1st. They just have good matchup aginst both stylistically. Both VP and nV gonna play loose style and they gonna get countered by methodical style of Mouz. Then it's either VP or nV - they will play aginst each other in Eleague so after that we will have more information as to which team is in better form atm. Liquid is going to go into the Major without a real practice with new roster. This don't bodes well for thier form. They gonna be fresh and rough.
2016-06-23 12:01
2 replies
#145

mamba99999
The first matches will be Mouz-VP, LQ-nV. When it comes to Mouz - I really don't see the hype for them, in ELEAGUE they almost lost to an NA Eco Fox, and they are by far not a tier1 team, it's basicly Chris and Niko. They could be saving strats, but considering the rage they had, I'd say they have mental problems (not like they're sick, but they are very emotional, which is really bad). And VP-nV - I would not consider the ELEAGUE matches a big picture of the teams' form - they could be saving strats gor the really big event - Cologne. But still, it's VP, they never let us down in the group stages.
2016-06-23 12:08
1 reply
#146

unclejoe
True, Mouz didn't show up good in Eleauge and didn't perform in other majors as well. But fair enough I consent that Mouz is not going to top this group easily. I just think they will egde out both nV and VP. Moreso when, neither nV nor VP has been on very good form lately. nV especially has been in the gutter for a long time. VP has been on the up and up but then again we didn't seen them play for over a month. They form could be everywhere from batshit bad to plowmode(true, they didn't go out in the groups in last 3 majors which might be a prognostic for the future).
2016-06-23 12:19
#142 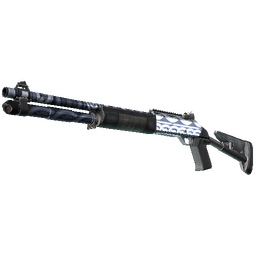