Luminosity became the second grand finalist at the ECS Season 1 Finals after defeating TSM 2-0 (16-3 on Overpass and 16-14 on Cobblestone).

Luminosity and TSM met in a best-of-three series to decide the opponent of the grand finalist G2. Overpass was where the clash started and the CT-sided Brazilians secured the first three rounds of the map.

After Gabriel "⁠FalleN⁠" Toledo & co. made it 6-0, TSM managed to win a round and Luminosity had a chance to answer right back but Pujan "⁠FNS⁠" Mehta clutched a 1vs3 to give his team their second round. TSM's three round streak was stopped by Lincoln "⁠fnx⁠" Lau's triple kill, which was followed by another triple kill, this time by Epitacio "⁠TACO⁠" de Melo (8-3). TACO came up huge on Overpass

Although TSM captured the B-site, they failed to plant the bomb and Luminosity won a 3vs5 as and led 10-3. Marcelo "⁠coldzera⁠" David's squad finished the half 12-3 ahead.

Luminosity grabbed the second half pistol round after TACO's opening kill and they almost got upset in the second round but FalleN reigned supreme, making it 14-3. The Brazilians finished off the first match 16-3.

TSM, who were on the T-side, lost the first round of Cobblestone but responded in the second round. Luminosity returned the favor and extended their lead to 5-1 but the North Americans cut the deficit to one. fer was impeccable on Cobblestone

The late stage of the half was dominated by TSM who led 8-7 at halftime. coldzera almost clutched a 1vs3 in the pistol round of the second half but Timothy "⁠autimatic⁠" Ta got the last kill and won the round (9-7). Luminosity won the first weapon round after losing the ecos and trailed 8-11.

The Brazilian team were getting close to tying it at 11-11 but failed to do so and TSM led 12-10. Luminosity played the end game better and won the close map 16-14 and finished the series off 2-0.

The grand final between G2 and Luminosity can be watched by going to our match page.

MaiWaifuTheBest
They're shaping up to be a one map wonder. They have to expand their map pool, they certainly have shown potential
2016-06-26 18:38
2 replies
#71 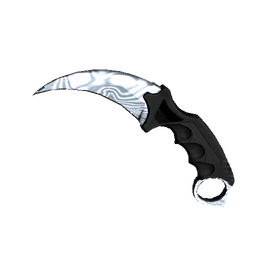