The series kicked off on Dust2, which saw Luminosity get first blood as they punished G2 for losing two men early on after pushing the B tunnel. G2 then pulled back on a force buy, with the following two rounds also going their way despite some serious damage done to their economy in force buys from Luminosity.

Fernando "⁠fer⁠" Alvarenga then went huge and turned a 2vs4 situation around with three crucial kills, but once again the Brazilians failed to build on that win. It was a frantic period of the game as neither side were able to stamp their authority and ecos were won back and forth, with G2 taking a narrow 8-7 lead in the end.

The second half began with G2 winning the pistol round with a B push, but then Luminosity mirrored the Frenchmen as they hit back in the following eco. That win turned into a streak that eventually saw Luminosity secure a 10-9 lead and get a solid amount of cash in the bank.

After getting their economy stabilised, G2 punished Luminosity's over-aggression, with Adil "⁠ScreaM⁠" Benrlitom picking up three kills. Powered by a fantastic display from rookie Alexandre "⁠bodyy⁠" Pianaro, the Frenchmen brought the scoreline to a 13-10 advantage, forcing the Brazilians to call a timeout. bodyy and ScreaM led the charge on Dust2

Luminosity were able to get a round on the board after the tactical pause, but G2 refused to take their foot off the gas, winning the next three rounds to secure a 16-11 win and take the lead in the series.

Map two was Overpass, where G2 came out of the gate eager to impose their will and cruised to a 7-0 lead as they bulldozed through the Brazilians' defense with incredible precision.

Luminosity then found a lifeline as they strung three rounds together, but G2 quickly regained control of proceedings and restored a seven-round lead. Lincoln "⁠fnx⁠" Lau breathed some life into his team with a quad kill, but they were unable to capitalise on that as G2 closed out the half with a commanding 11-4 lead.

Richard "⁠shox⁠" Papillon piled more pressure on Luminosity with a spectacular quad kill with the USP-S in the pistol round as CT. Everything was going G2's way, and the Frenchmen would soon hit 16 rounds, keeping the Brazilians, who are poised to join SK, from leaving the North American organisation with another title.

Hyzek
tbh fallen should retire outdated IGL completely outplayed by shox, easy to read and too slow to enter the sites (g2 had 4 people most of the time) cant neutralize smithzz in car LOL what a joke first thing g2 did when going catwalk was to smoke and flash the same position picking overpass against g2 when they lost last time and g2 just rekt fnatic 1 day ago lol LEAVE US ALONE AND MOVE TO COACH -fallen+felps
2016-06-26 23:11
7 replies
#206

vesCah
and there it is.. the silliest post in HLTV history. Without Fallen this team wouldn't even make it out of groups of a single tourney. dude is the driving force of the team lol
2016-06-26 23:25
#218

Heavon
You mean a myth? Fact is ScreaM has been called the best aimer since the beginning of CSGO and still is. Ask any other pros/analysts. #Fanboy2StronkInThisOne
2016-06-27 16:24
3 replies
#329
gabs |

BiggusDicku$
In term of aiming - ScreaM is better, but I would consider NiKo as better player, overall. However, ScreaM is taking first places, while NiKo can't even achieve something.
2016-06-27 16:27
3 replies
#333
gabs |

Never get tired
The best teams were saving strats for the upcoming major. ECS winner gets only 250k, while ESL Cologne winner gets twice as much - 500k. I hope G2 gets to the playoffs at the major finally, but even if new SK and fnatic didn't save strats, they for sure will figure out how to outplay G2's strats, I guess it's not that hard cuz G2's game isn't heavily strat-based, they're based mostly on shox and ScreaM playing out of their minds and SmithZz hitting his shots + they need one more player to kill their opponents, it's either RpK or bodyy. I'm G2's long-term fan and I do want them to finally become strong enough to win tournaments, but they disappointed me so many times, hundreds of times for the recent 4 years, so I won't say they're a top-tier team till they repeat their sucess at least twice. I also feel sorry for Ex6TenZ - he can't even say say he wasn't the problem...
2016-06-26 23:09
11 replies
#100

Never get tired
he can say whatever he wants, just like everyone else but it would be an obvious decision to not show everything you got at the tournament that doesn't matter the most for you; G2 played overpass for the 1st time only in the semi-final, doesn't it say anything to you? again - ecs gives away 250k for the 1st place, esl cologne gives away 500k for the winner, so it's obvious that the major matters more, and while G2 seemed like having tried their best, fnatic and future SK were looking a bit shaky, I doubt a team that lost on cobblestone twice to Liquid (it might be their weaker map, but... to Liquid?!) and also to mousesports and even Gambit offline, can make a top-tier team look the way LG and fnatic looked on overpass. you can save a link to my posts and come here again after the groupstage at the major comes to an end to prove me wrong (if G2 defeats fnatic and SK again) or to prove yourself wrong. for now it's only your opinion vs my opinion.
2016-06-26 23:50
1 reply
#309

ShamanroyfromAVA
What a Tournament Online and Offline Huge love to you guys G2! You already deserved it in PRO LEAGUE SEASON 3! You simply deserves it G2 congratulation for the WRECK! Overpass so damn strong for them! All with a huge tournament GZ!
2016-06-26 23:10
#103

bralBry
Yeah, I know. But coach role wouldn't turn out either. He wanted heavily structured gamestyle, while modern G2 play freely. Look what Ex6's departure made to ScreaM, what a BEAST
2016-06-26 23:44
#104

hugoooo
Totally deserved, LG was off the entire bo3, lose like three or four times to eco on dust2, and lost every key round and every important aim duel on overpass. They should avoid playing overpass against G2, they lost twice in a row already. About dust2, they should improve it, since it's either d2 or cache that will be played anyway. I hope they bounce back stronger, like they did after losing to TyLoo. FalleN NEED to play better, he sucked hard the entire tournament.
2016-06-26 23:14
6 replies
#167

Devilwalk_1_s1mple_0_major
No, it wasn't because Fallen or the entire LG team sucked. See how they just breezed through the previous rounds? In this final G2 showed who understood their opponents more. They always found ways to limit Fallen's influence on the map with their smokes and movement.
2016-06-26 23:16
#223

CohensDisciple
When will teams learn to ban Dust 2 against G2? Its the only map that SmithZz is always a god in. Pick any other map and you take away most of his impact. Of course, LG did worse on Overpass anyway but still.
2016-06-26 23:19
2 replies
#189

Antifrag
Well, they finally got a title, and a big one as well. Now the only real task left for them is to get into the play-offs. With such a hard group, it's going to be quite hard, especially with two opponents they played so recently. Good luck to them.
2016-06-26 23:46
#249

random_favela_kid
"Saving strats doesn't make sense" Obviously our lord and saviour fallen was pranking ya kidz. WE SMART WE LOYAL WE FRIENDLY WE ARE FROM BRAZIL
2016-06-26 23:57
#258
device |

VAC0
Olof was apparently with digestion problems and LG ingested too much alcohol 1 day before. KAPPA! G2 played much more than LG and fnatic togheter. no excuses... Scream and shox amazing skill today.
2016-06-27 03:05
1 reply
#291
coldzera |

Kaltzera
I never saw his country in football. Therefore , I understand your frustration. You play all the hatred toward Brazil because his country is negligible and never excelled in football. Not even been symbol of something. The Brazil , this football crisis , would easily win your selection. accepted !
2016-06-27 08:34
#300

BananaTugger
hltv.org/news/14128-f0rest-youll-always-.. This entire event was just one big clusterbomb of fuck you's to old ways and old teams. Astralis being outdone by what were supposed to be T2 NA shitters. Semphis and FNS doing what C9 and CLG wish they could. A French speaking team -Ex6 +actual LAN results and pretty much outing Ex6 as a Belgian FeTiSh. SicK coming good to the tune of several hard carries and gun round saves versus T1 talent. Lum players possibly sticking it to Lum owners and management by not giving them a big number to take a winnings cut from while on their way out. What a fun weekend.
2016-06-27 13:57
1 reply
#321
allu | 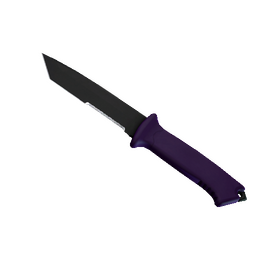