The sixth week of the $1.4 million ELEAGUE Season 1 will feature Virtus.pro, EnVyUs, Gambit, and compLexity. This is our official preview for Group F.

Every week so far has had a presumed favourite make the Friday televised final and take the cake but this week's Group F is most similar to Group B in that there are two storied European teams, both with histories of making the grand finals of big tournaments, who will compete in the same group and who both have a chance to win.


Virtus.pro will look to silence their critics this week

With Polish team Virtus.pro ranked seventh in the world and French team Envy ranked ninth, there is no telling which way the pendulum will swing when such explosive teams with a long history of pitched battles will get together to compete in an offline setting.

We also have Russian-Kazakh team Gambit attending, who are currently ranked 20th in the world and who recently assured themselves of continued relevance by yet again qualifying for a Major in 2016. Finally we have Complexity, a North American team who are something of a cipher in CS:GO with their current lineup.

Below you can find our in-depth analysis of these four teams ahead of Group F kicking off tomorrow.

The dangerous thing about Virtus.pro going into ELEAGUE Group F is that we have not seen them play since the SL i-League Invitational back in May, which the Polish team won against generally weaker opposition aside from their surprise defeat of Na`Vi in the grand final.

Coming from a team who in 2015 were glad to attend as many events as possible, such a hiatus is a switch of pace for TaZ & co. Now admittedly, the landscape of CS:GO has changed since last year and accepting invites to sundry tournaments has fallen by the wayside as instead multimillion dollar leagues duel for the attention of the top teams. In any case, VP have been somewhat hermitic as of late.

As for being a top team, the latest matches show that on LAN, Virtus.pro still prevail as a fearsome contender and they were able to defeat Worst Players, HellRaisers, and Dobry&Gaming (now Kinguin) before taking down Na`Vi 2-1 in the grand final. In addition, VP went to Moscow for the Adrenaline Open Cyber Cup showmatch in early June and this time 2-0'd Na`Vi.

Of course the thing many of our diligent readers will remember is the humiliating Pro League relegation that Virtus lost to PENTA shortly after they had come back from winning the i-League Invitational in Kiev. I want it to be clear that that side of the Polish team still stands and they still have obvious deficiencies in their game plan, at least that which we last saw from them.

Virtus.pro are no longer an "elite" (i.e. top five) team but they remain a heavy damager on the scene. This week could be both a bid for them to return to the top five and to make a statement for the upcoming Major; I heavily favour them to make the televised final come Friday.

EnVyUs are another team with woebegone features as they most famously made history by being the only team to win a Major (Cluj-Napoca) and then go out in groups at the next one (Columbus).

We saw some promise at DreamHack Masters Malmö (a 3-4th place finish that saw them take down Tempo Storm and then have to face dignitas in the quarter-finals as opposed to Astralis) and most recently the Boys in Blue came into Katowice with determination and rolled over Immortals, Splyce, and Cloud9 (only losing to Gambit) to make the ESL One Cologne Major.

I think some of the nV guys showed their frustration at bombing out of the groups at MLG Columbus via the Major qualifier, as the two of the three highest rated players from the event are from EnVyUs. Clearly, the time had come again for EnVyUs to show that they were a first tier team and the Frenchmen delivered on this and were back into the Major books in no time.

Just like Virtus.pro however, the interesting thing is the absolute paucity of data about this team in the past three months. Outside of the Major qualifier, all we saw was an EnVyUs team getting destroyed in the ECS online stage but it is likely that the off-time has changed a few things internally and we certainly saw a stronger team in Katowice.

I still think the Friday final will most likely be EnVyUs against Virtus.pro and judging off both teams' explosive styles of play, we may just be in for one of the best group finals of the bunch.

Group F truly is the group of phantoms, especially as regards recent offline appearances, and Gambit are no exception. Following their 9-12th place finish at MLG Columbus, where the Russian-Kazakh team led by the X God narrowly missed out on becoming Legends due to a close loss to CLG, the only time we've seen Gambit on-site again has been for the ESL One Cologne Major qualifier in Katowice.

Currently ranked #20, Gambit proved that they continue to have the resilience that Major qualifiers require as the team narrowly beat OpTic, took down EnVyUs, lost to FaZe, and brought down G2 to qualify for the ESL One Cologne Major.


No mou problems at ELEAGUE

Gambit's road was certainly harder the some teams and aside from that we also saw another world class performance from Kazakh mou, who posted a 1.18 rating at the Major qualifier.

The team's second best player in Katowice was also surprisingly neither Dosia nor AdreN but spaze, the 19-year-old ex-Method player who was added to the team in mid-April. If the new Gambit approach is explosive players such as mou and spaze going off, then leader hooch may be able to make Gambit work and possibly be the dark horse of ELEAGUE Group F.

Despite their impressive run in Katowice however, Gambit are still a team who lose plenty of online games to second and third tier competition in Europe (see the Form subranking here) and are billed as likely to lost a best-of-three to either VP or nV. At the same time, the group stage could be a perfect ground for this famous upset team to gain points and even survive as a Last Chance Qualifier by the time the group is said and done.

Rounding out the motley collection of "North American teams who have much to prove," compLexity come into ELEAGUE with the tall order of making a name for themselves, let alone doing well.

With no offline history, and with the simple accretion of puggers from across the Anglo-American sphere, this compLexity team can only be said to have a lot of firepower going for them prior to today's matches. But firepower is merely the fuel to achievement, and without a driving force, it will be likely to fizzle out quickly when up against the aggression and confidence of a more experienced opponent.


Bradley Fodor, in service to the Many-Aliased God

Of the five, sancz clearly has the most experience on the big stage as the former Nihilum and the longtime compLexity player has been part of a few big results, such as Nihilum's takedown of Cloud9 at the ESEA Season 18 Global Finals.

However, if you were looking for prospective storylines for compLexity going into this week, it would have to be either the performances of the Brexit-fleeing dephh and Surreal or the big stage debut of ANDROID, the infamous ex-ACE player who is known for both name-shifting and absolutely destroying people in FPL.

Aside from the novelty of seeing this new lineup on LAN however, I can almost certainly expect a fourth seed finish in the group barring a few hidden trump cards for compLexity.

Group F of ELEAGUE Season 1 gets underway today at 18:00 as Virtus.pro will play compLexity; the action can be caught over at ELEAGUE's Twitch channel. EZ_Predictions
If VP doesn't show up then I can definately see Gambit coming out first in this group. My guess would be VP vs coL, and Gambit vs Envy in semis. And Gambit lost to VP very closely in the finals.
2016-06-28 05:16
2 replies
#32
mika |

The Jagermeister :D
2 of my favourite teams stuck together in the same group at every fucking tournament. Dont get how vp and envyus end up together all the time. They should sign a pact for real to help each other at every tournament, seeing that they are always in the same group.
2016-06-28 06:52
#35
method |

Soontobeleaderofthefreeworld
Gambit seemed strong the Last Month VP did never play Bad at a LAN (for whatever reason) nV and Col are weak Just like every Group 2 Stronk Teams v. 2 Weak Teams
2016-06-28 07:19
#38 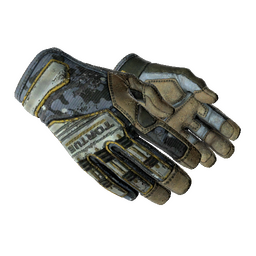