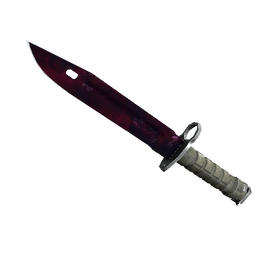 MVP have announced the creation of a second Counter-Strike team with former members of WeMade FOX and project_kr.

Captained by Keun-Chul "⁠solo⁠" Kang, MVP's new team boast five players of international pedigree, with the core of the squad having been part of the WeMade FOX roster that won WEM 2010 over SK Gaming.

The team, who will play as MVP PK until a permanent name has been found, are already practicing as they hope to become a dominant force in Asia, which has seen Chinese sides take all the credits.

This will be the second Counter-Strike team supported by famous South Korean organisation MVP, who expanded to the scene in November with the signing of m0nster's lineup, which has competed in a number of regional events over the last year.

MVP PK's roster is the following: Big Lighthouse
to be fair, if these guys havent been playing they ARE gonna get fucking rekt for a long time. just because the were great once doesnt mean they still have it in them
2016-06-27 13:51
4 replies
#184
Xyp9x |

Motor3kelo
most of them never stoped playing, they moved to cs online + they had to go to military, its mandatory here, now that they are back from military and csgo is huge they started to play for real, was leaked long time ago, if they tryhard top10 is ez, but its hard to get good practise in asia, i think bootcamp in eu is necessary
2016-06-27 14:08
#173

cowoncrack
Yes, you are fucking new. These guys played unique counter strike. Go download one of their demos and look at their nades, mindblowing aim and wallbangs with the thought-out tactics they were famous for. They couldn't practice with Europeans, which was a huge disadvantage for them, but they still managed to play on par with them, by mastering their strats on empty maps and csdm for hours. I wouldn't call the whole WMF squad legends, but solo is definetely in the same range with forest, zonic and neo.
2016-06-28 11:21
5 replies
#370

thelegendhimself
played against solo when his team was called redcode, but anyway, doesn't mean he's going to be good at CS:GO, this is a different game, and we're much older now.
2016-06-27 12:30
#70

GunnerL
I really hope so, I'm so desperate for Asian scene to be seen as legitimate contenders other than Tyloo ;'( PLEASE, I KNOW THEY CAN DO IT, I SAW THIS INSANE SMOKE STRAT OF THEIRS AND I WAS LIKE Kreygasm youtube.com/watch?v=jxHL0xEn9nc
2016-06-27 14:52
#71

cloney
The problem is: They cant train alot. No Korean team is anywhere near top 50, to china the connection is 100-150ms at least most of the time and on top, to EU the connection is +250ms. The reason why MVP first didnt work is not because they suck, but because they cant improve from sucking. This does not change with the new Projekt
2016-06-27 12:52
13 replies
#112

loomeh
so how did the original project kr reach their international peak in 2008? it certainly wasn't done without practicing against other talented teams
2016-06-27 12:54
7 replies
#113

jookie
That's the thing. This is why people came to respect them so much. They really could only practice against Lunatic-Hai. There was also Maven. Neither of these teams produced results remotely close to projectkr/eSTRO/WMF. Their success against EU teams could be attributed to their more aggressive playstyle and demo reviewing. As you know, Euros defined the meta in 1.6 throughout and there were no storage of demos to learn the meta carefully. Plus, they were well experienced by the time they achieved their more impressive wins. The core squad had been attending lans against euros since 2007.
2016-06-27 13:47
1 reply
#155

BananaTugger
They had no one to play against in their region for years before they started beating top 10 EU and NA teams back in 2008. Brazilians made a top 10 team while having next to no scene and no one of any great challenge to play against in SA in 2014. It can be done if you aren't a lazy dickdodger.
2016-06-27 13:43
#156

hda-karnaza
OMG I wonder when they realize that the pro scene in infected with cheats. Will they do the same? Will they still fight without? Do they already know? Niiiice
2016-06-27 13:15
#132
barce |

LeeeegioN
Don't know i think TB and savage are doing okay, with the Vici gaming sponsor and all that. Also fnx as well. Also the minor comebacks from RE1EASE, Pt and RattleSnk to play in ESEA premier.
2016-06-27 14:00
13 replies
#213

qerion
What are you talking about? you can't seriously mean that playing ESEA Premier is a worthy comeback... Cyberzen haven't done anything worth mentioning either. When we talk about a successful comeback, it means delivering the same kind of results as in the past.
2016-06-27 15:24
12 replies
#224

LeeeegioN
Reason why i stated "Minor" in the Brits case(Can't you read?), and i think most pros which come back can't even compete at an ESEA main level. Also getting to the Asian Minor and getting paid 6-7K a month salary w/ an extremely big fan base (They usually get 10+K thousand viewers at any one time when they stream) isn't a good comeback for the Vici players. Also the fact they are qualified for 3 major events to happen in China in the next 5 months which International teams will be attending, and their StarLadder I-league series XIV final run where they almost beat G2(Now FaZe) losing 2-1 w/ the second map being 14-16. Also their 4th place at the Cologne Asian Qualifier.
2016-06-27 15:40
11 replies
#249

qerion
I wouldn't even call the brits comeback a worthy "minor" comeback. Salary and streaming viewership have nothing to do with a worthy comeback, it's all about achieving something. I don't even know which tournaments your are talking about and even the qualification to such tournaments can't compare to past results. Again placing 3rd at a asian qualifier can't compare to past results. Almost beating a team ain't an achievement.
2016-06-27 16:47
10 replies
#299

LeeeegioN
I wouldn't even call the brits comeback a worthy "minor" comeback. "So basically getting good results in one of the most wanted leagues in Europe with a 5-1 record isn't a minor comeback? Which already secures them for next season and a chance for the LAN finals w/ a chance to promote to Pro League." Salary and streaming viewership have nothing to do with a worthy comeback, it's all about achieving something. "So getting a good org to back you, being able to entertain fans and getting deep run in Tournaments and explosive matches which are fun as hell to watch all across Asia and in Europe isn't a worthy comeback? Then besides LG`s miracle of finding Coldzera, it equals to nothing? " I don't even know which tournaments your are talking about and even the qualification to such tournaments can't compare to past results. "Well no shit retard? Its so much harder now, not WEG, no WCG, no IEMs which they had in strength before. They comeback they've done when China's went from No scene to a healthy developing on is amazing." Again placing 3rd at a asian qualifier can't compare to past results. "Again read above statement, and plus you really expect them to either be top 1 or its worthless? Fuck you're such a silver. Oh i got a deep run in the biggest tournament in my continent. Did you win? No? DOESNT COUNT!!!!" Almost beating a team ain't an achievement. "So first international LAN event against a team which were considered top 8 in the world at the time isn't? Fuck sorry Mr Top 1 winning every major... Oh wait xD" "Do you really expect them to come back then instantly fuck people up or it doesn't count as a worthy comeback? That's asking the impossible, even LG had to spend a year grinding w/ the core 3 while fnx and Taco were busy as fuck being coached by FalleN on a salary, scriming NA`s top and LG at the same time."
2016-06-27 18:18
9 replies
#302

qerion
That excuse is so old, they could start by moving to EU and compete in non-region based qualifiers (the last dreamhack comes to mind). That way they could compete in the leagues aswell and grind their way up.
2016-06-27 19:10
4 replies
#312

LeeeegioN
Oh yea because moving to Europe is so easy? Not really you've got VISAs, team house, diet (Asians have a different palate to ours) and if the org will support it(It isn't like just a single European moving to America where the culture is similar, its completely different). It's one thing to pay for a team to live in their own country, paying for them to live in another one which is 100 miles away it a whole other time(Especially since there would be 7-8 of them the team, the manager and a translator or two). ESEA just came now and as far as i know and they do grind in leagues. That last Dreamhack Malmo tournament their was one place and its not a secret TyLoo is a better team. Vici gamings IGL is pretty shit to be honest from what i've seen.
2016-06-27 19:21
3 replies
#313

qerion
Excuses, excuses... Adaptation is key. VISAs shouldn't be that hard to get. If they have 10k viewers on their streams, then money shouldn't be a problem. If the organisation won't pay, then they could start talking to an EU organisation. When i said leagues i meant, ESEA and if they did well enough they could end up in E-League and ECS. I'm talking about DreamHack ZOWIE Open Summer, which had no region restrictions as long as you could play the only qualifiers, which took place in EU. They could just bootcamp in EU for those qualifiers tbh.
2016-06-27 19:40
2 replies
#314

LeeeegioN
E-league and ECS (No invites to the players.) Visas have been really hard for Chinese teams to get there have been 4-5 occasions now where they get their VISA`s denied in Europe and Especially in North America, and i think you don't understand time zones for how it would also effect their streaming for most of their fans being on the coast line regions of China. Also i don't think it would be the brightest idea to go to Europe when they just picked up a new player as well.(Bet you didn't know this piece of information)and the fact that the majority of their roster will be participating in TWC 2016 qualifier and also the other two Chinese leagues which will be happening in the following months.
2016-06-27 19:45
1 reply
#317

Nephalith
f0rest is/was a big fan of Asian aimstars(mainly China and South Korea) like Jungle, Sakula, savage and especially solo. He was always full of praise when it comes to solo. He used to download solo's pov demos and dm routine for pure entertainment. In his old interviews and SK profile, he often stated that solo is his favorite player. Coincidentally, solo's favorite player is also f0rest. After competing against each other for the better part of 2008-2010, they also became friends. :D
2016-06-27 17:04
3 replies
#368
Xyp9x |

Notb8ing
They are late from the party, we have all seen how well these comebacks have in general gone anyway, many have not done all that well so lets see, maybe they can be another ok asian team tho if things go well who knows.
2016-06-27 15:39
#226

arbalestcn
didn't they get real counter strike skills after returning from military service or something? lol
2016-06-27 17:24
#284

sangwc
Nothing much seems to be happening, unfortunately. Their steam group: steamcommunity.com/groups/MVPK Hopefully we get to see them in matches sometime soon. Excited to see what their performance will be like
2016-08-29 02:10
#414 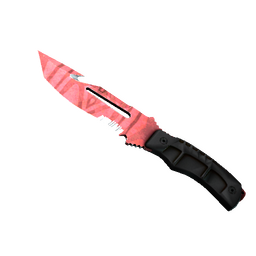