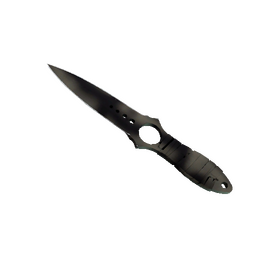 oskar steps down from HellRaisers

HellRaisers player Tomáš 'oskar' Šťastný has stepped down from the active lineup and is expected to go play for a new team in the future.

One of the impact players of 2016 who was widely seen as part of a potential lineup change was 25-year-old Tomáš "⁠oskar⁠" Šťastný, who made his name on HellRaisers for the first half of this year.

In an announcement today from HellRaisers, the organisation have announced that the player has officially gone "inactive" and will not play for the HellRaisers team until the end of his contract. The article states that the Czech player signed a forward contract approximately six months ago with another organisation and thus the team were widely aware of his imminent departure.

A statement from the team's general manager, Maxim Bednarsky, sheds some light on the future of the team:

"Thanks to Tomáš for the time he's been on HellRaisers. I hope he will succeed in his future esports career. oskar will remain on the team as a streamer until the end of his contract. Ivan "Johnta" Shevtsov, the acting coach of team HellRaisers, will be the one looking for a fifth player," Bednarsky says.

The remaining HellRaisers lineup is: Retenam
sticker moneyyyy :D Well my flag asside there are some hints even on fox's facebook and stuff that somethings's about to happen so I wouldn't be so surprised if faze actually signed him. Well what are the other options? NA? Mouz? (I don't think they'd cut chris) // Now that I thought for a bit I remembered that pasha made some interview not so long ago where he said that he would end his career in VP which could also hint on his retirement. But who knows which org signed Oskar. We could end up being surprised a lot more when it will be official.
2016-06-27 19:42
3 replies
#229

Zmetekcze
Oskar said that to Zero in airport when he was tired. Zero was pissing him off and he said something like Get the fuck out. Then oskar put #DDPC in that video and it became something like a symbol of him (?) :D
2016-06-27 18:28
#103
hippien |

SnaxsSnack
That's the funny part here, he didn't really carry HR even once. And why CLG? Because rich org and they still lack fifth player and joining NA teams is in trend right now, there is no obvious options for him right now anyway.
2016-06-27 19:41
3 replies
#324

SnaxsSnack
Yes, majority of them, even streams sometimes, and only one recent event that HR won was "Copenhagen Games 2016", and even there it wasn't just Oskar show, though he had a great impact. And how many times did HR qualify for a major? making it out of EU minor sure worth a lot, but not as near enough to call it carry. And carry performances are: Guardian around a year ago, when whole Navi were playing around him and just AWP in his hands were enough to win key rounds, KennyS and Titan, basically same, or at least Liquid run at MLG with S1mple.
2016-06-28 04:47
1 reply
#366

Never get tired
CLG since they lost jdm64. Not a single English-speaking team need him apart from CLG. Na`Vi communicate in Russian and won't change it just for oskar, and they don't need him. mousesports have ChrisJ as their main AWPer, and I doubt they will kick him. FaZe? Then they need to kick foxj, but why would they do it? Just because there are too many haters? Then many teams would have kicked many players already, you know ;-) foxj does his job well enough, and even failing at the upcoming major doesn't mean anything since they got the deadliest group you could ever imagine. I mean, fu_k oskar, s1mple to HR pls, but yeah, bondik hates him, so... Poor HR.
2016-06-27 18:27
5 replies
#146

gr1nch
bondik was right about f3, s1mple left/kicked for same reason, f3=dead team but still can visit every major (magic) but hr is at same level as f3 maybe better individual players but not a better team, so it was a wrong move by bondik
2016-06-27 18:45
#99

kommunisti
Really interesting to see which team he goes to. Not a single team seems like the obvious choice by this point. Presumably he wouldn't want to go to a worse team than HR, so what's left? I think it has to be either VP, FaZe or Mouz.
2016-06-27 18:36
#120

lukas_ua
unfortunately this means the end of both oskar and HR. whatever is the new team they will not be more successful than HR (unless it is already) and HR won't even get to offline qualifiers anymore. sad "news" really
2016-06-27 19:09
#174

minixeta
According to this news he signed this new contract like a half year ago, he got famous has, idk, 3 months? I really dont expect him to go to a better team, but to run a contract he regrets now. I would say something similar to SK-LG case. Do you know anything else to prove me wrong? Like Oskar is happier now or something?
2016-06-27 20:56
#286

KOVENN
I'm kinda sad to watching this but fox will probably leave FaZe and join another international team. He said at twitter that big news were coming soon, muttiris left his portuguese team to join some unknown international team, and now oskar leaves HR... Just rumours but if this comes true I'll be disapointed just because oskar isn't enough better than fox to make this substituion.
2016-06-27 21:05
2 replies
#287

topperhopper
guardian is probably still better than oskar guardian is the best player in his team so kicking anyone else would make more sense, oskar can easily play a secondary awp
2016-06-27 21:31
#280

MetalFace
Funny reading the comments here half the ppl are over rating and sucking on Oskar's dick and the other half are trying to tell you he wasn't even that good against Tier 2. After that performance at the qualifier I don't really know any team that would want him.
2016-06-28 19:57
#394
hooch |

KeeBeeRRR
CEH9 (former navi player) said that oskar will be in mousesports So -spiidi +oskarGOD
2016-07-02 16:02
Login or register to add your comment to the discussion.