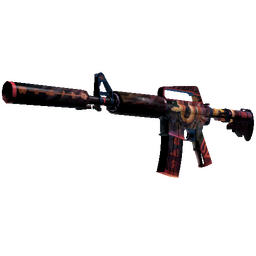 Astralis, Gambit march on in Cologne

Astralis and Gambit Gaming are off to great starts at ESL One Cologne after moving past dignitas and CLG, respectively.

The second Counter-Strike Major of the year kicked off with an all-Danish clash between dignitas and Astralis. The former TSM team, who are attending the event with Lukas "⁠gla1ve⁠" Rossander as a stand-in, were made to work hard to secure the victory, only hitting 16 rounds as the game neared the end of regulation.

Nicolai "⁠device⁠" Reedtz opened the game with a 1vs2 clutch inside B, with that win turning into a significant streak as they cruised to a 5-0 lead. What followed was a highly-constested period as rounds went back and forth, but as we approached the end of the half dignitas tightened up their defense to reduce the deficit to a minimum.

dignitas won the pistol round as Terrorist with a slow A execute and followed it up with two anti-eco rounds to secure a 10-8 lead. But Astralis' defense flourished once they got money in the bank, winning eight of the following ten rounds as they never allowed their opponents to build on the few rounds they were able to edge out.

Next up was an intercontinental battle between CLG, featuring a temporary roster with Faruk "⁠pita⁠" Pita as a stand-in, and Gambit Gaming. The Russian side got off to a dream start in the match as they stormed to a 7-1 lead, but then they let the North Americans put together a significant run of rounds to tie up the score before Ivan "⁠spaze⁠" Obrezhan put his team back in the lead with a trio of kills.

CLG won the pistol round as Terrorist following a great hold in the B site, but they were unable to capitalise on that as Gambit won the force buy, with Dauren "⁠AdreN⁠" Kystaubayev getting three kills to his name. The Russian team took control of the game and eventually reached match point, but then James "⁠hazed⁠" Cobb rescued CLG with a quad kill.


Gambit win their first match at the Major

The North American side went all out to force overtime but ended up falling at the final hurdle, which means that they will have to fight for their life at the Major in a best-of-one elimination match against dignitas. bigb1rd
Adren keeps having impressive performances recently. Never really rated him before but this lineup seems to bring out the best in him!
2016-07-05 17:08
#22
LeX |