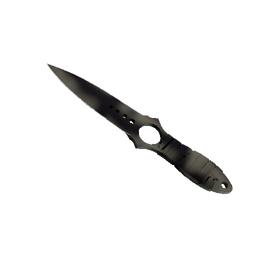 Virtus.pro have booked their spot in the ESL One Cologne playoffs after defeating Team Liquid 16-12 in Group C's winners' match.

The match began with Virtus.pro winning the pistol round, following a quad kill from Paweł "⁠byali⁠" Bieliński as he stopped Liquid's B push, and they followed that up with two anti-eco rounds to start off the game with a 3-0 lead. After buying up, Liquid instantly got two rounds on the board, leaving Virtus.pro with no money to work with, but they were caught off-guard by Wiktor "⁠TaZ⁠" Wojtas - the only Polish player with a weapon in his hands - as he picked up four kills.

Virtus.pro regained control of proceedings and increased their lead to 6-2, but for the remainder of the half it was all about Team Liquid, who got seven more rounds to take a solid lead going into the second half. Virtus.pro through to Major playoffs

The Polish team came out of the break looking determined to turn the game around as they won the first three rounds to equalise the score at 9-9.

When we entered the gun rounds, however, the impetus of the game changed considerably as Liquid got three rounds in a row, the second of which thanks to a spectacular 1vs2 clutch by Josh "⁠jdm64⁠" Marzano. But then Virtus.pro, powered by Janusz "⁠Snax⁠" Pogorzelski, put together a string of rounds to secure a 16-12 triumph as Liquid struggled to keep up with the pace of their opponents. Attar
liquid messed up so much, both pistol were like mm from liquids side. Liquid kept putting 4 b even though vp went b like 2 times of 10 and s1mple the only guy on b was playing the same spot far back on a site every time, I'm pretty sure vp did their homework and knew liquid cheats by putting 4 on b. also elige forgot to pick up famas his teammate dropped him in ct for until 40 seconds in the round and it was when vp executed he was out of position. another important point was liquid getting ecoed, they pushed up only from mid and thought vp stacked b and they got fucked from a long, should've had someone try sneaking on b for info anyways gg wp from vp still think liquid have a chance to come out of groups.
2016-07-06 18:05
2 replies
#53

Wladimir Obama
but p1mple in team LANquit was solution EleGiggle Snax rape him like cheap whore lul he loks above him like typical silver
2016-07-06 18:09
1 reply
#54
broky |