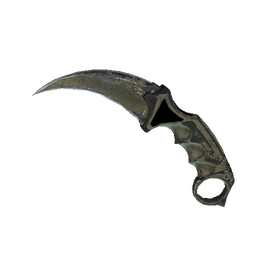 fnatic are the last team to secure a spot in the ESL One Cologne playoffs after beating FaZe 2-0 (16-9 on Cache and 16-7 on Mirage).

Cache began with FaZe in control of the game as they got out to an early lead after taking the pistol round and following that up with an anti-eco round. A third-round buy from fnatic would have paid off if it were not for Fabien "⁠kioShiMa⁠" Fiey's 1vs2 clutch, with Håvard "⁠rain⁠" Nygaard winning a similar situation in the following round to damage the economy and the morale of the Swedes.

FaZe continued dictating the pace of the game, with the scoreline blooming to a 7-0 advantage for them. That is when fnatic's offense finally came to life, with the Swedes, powered by an in-form Jesper "⁠JW⁠" Wecksell, taking control of the game and even reducing the deficit to a minimum at the end of the half.

Carrying their momentum into the second half, fnatic were simply far too hot hot to handle on the CT side, giving up just one round to FaZe before securing a comfortable 16-9 victory.


fnatic advance to the playoffs

Map two was Mirage, which began with fnatic winning the pistol round following a successful A retake, with Dennis "⁠dennis⁠" Edman getting three kills to his name. Despite giving up the first full gun round, fnatic never lost control of the situation as they quickly bounced back and brought the scoreline to 9-1, leaving the European mixture in disarray.

With no room for error, FaZe got three rounds straight thanks to key opening picks with the AWP, but fnatic would still close out the half with a commanding 11-4 lead.

fnatic piled more pressure on their opponents by winning the pistol round as Terrorist with a trio of kills by Olof "⁠olofmeister⁠" Kajbjer in a 2vs4 situation, but FaZe hit back in the next round with pistols. That allowed FaZe to get some breathing room and slow down the pace of the game, but once fnatic got money in the bank again it was all over for the former G2 side.

ripazha
He is joking you fat fuck. I don't like Fnatic (i loved the old one with GTR, Carn, Gux, F0rest, Archi? etc, but all those hackusations against Flusha is just a big witch hunt. Peopl are spending days just to look for "weird" moments from flusha. It is sad really.
2016-07-08 00:44
#32