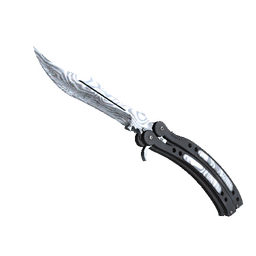 ESEA and Mountain Dew, together with parnership support from ESL, have launched the Mountain Dew League which will encapsulate and expand ESEA's Premier division in both North America and Europe.

From Season 21 onwards, ESEA began tweaking their Premier division (the tier below the Pro League in ESEA and ESL's system) to include offline finals and Season 22 saw the launch of the "Global Premier Challenge LAN," a $50,000 offline competition which would see the top two Premier teams from North America and Europe and regional teams from elsewhere all compete.

ESEA have wasted no time upping the ante for the forthcoming Season 23 of their league, as they have now teamed up with Mountain Dew, an American soft drink brand owned by PepsiCo, to launch the Mountain Dew League in conjunction with the Global Challenge LAN.

The move is in partnership with ESL and will primarily see a number of changes taking place to ESEA's Premier divisions in both North America and Europe and to the format of the Global Challenge LAN.

First and foremost, the Premier division will be extended from 17 teams to 24 teams, with 22 of those teams drawn from current Premier, Main, Intermediate, and Open ranks; the final two teams in each region will qualify through a Last Chance Qualifier slated for August 27-28.

Eight weeks of action in the Premier divisions will then culminate in December (and combine with other regions) at the Mountain Dew Global Challenge, which will string eight teams together:

Mountain Dew will apparently provide "competing players...access to online tutorials and pro coaches" although details are not further ironed out. A press statement from Sonika Patel, Senior Brand Manager at Mountain Dew, reads:

"Esports is becoming an integral part of gaming culture. As instigators in this space, we want to push the boundaries of competitive gaming and enable everyone in this community to take part in the experience...Our partnership with ESL is unique in that it gives everyone a platform to participate on a level playing field."

For those feeling a little left behind, ESEA have also provided a small FAQ in their press release for Season 23 of play:

Zmetekcze
I want to thank my family, my friends, this spider watching me while I'm writing this comment for supporting & believing in me to get the first comment on HLTV. I finally made it, I can't even describe how I feel now.
2016-07-13 18:30
27 replies
#29

stich
A truly astounding feat. In the words of George Gordon Noel Byron, the 6th Baron Byron, Fellow of the Royal Society: He who ascends the mountain-tops shall find The loftiest peaks most wrapt in clouds and snow; He who surpasses or subdues mankind, Must look down on the hate of those below. Though high above the sun of glory glow And far beneath the earths and oceans spread, Round him are icy rocks, and loudly blow Contending tempests on his naked head, And thus reward the toils which to those summits led
2016-07-13 18:36
12 replies
#51
HONES |

TriHard_8R
the fact you can type with those fat NA fingers is already an achievement imo edit: probably used virtual keyboard nvm
2016-07-13 19:38
2 replies
#84

HLTVFakeFlagDetector
Check profile for list of fake flaggers (like BuddyINSANE and BileDani). If you want to be confirmed for real flagger or fake flagger pls sign guestbook.
2016-07-13 18:29
#22

Soontobeleaderofthefreeworld
Coke would Sponsor ELeague if they would be interested They wouldn't give a Fuck about a Premier League
2016-07-14 00:26
#30

mki`
The last chance qualifier for this league is the same date as the last European ECS qualifier - kind of unfortunate as the overlap between teams will be huge (same skill level, team list for both qualifiers).
2016-07-14 15:35
#124
Boombl4 |