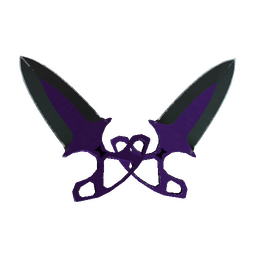 Renegades have eliminated FlipSid3 2-0 (16-5 on Cobblestone and 16-5 on Train) in the ELEAGUE Last Chance Qualifier and the Australian team advance to the semifinals of the bracket.

The ELEAGUE Last Chance Qualifier allows eight second and third place group stage finishing teams a chance to compete in a best-of-three bracket for two spots to the finals of the $1.4 million tournament in Atlanta, Georgia. The first quarter-final was between Renegades and FlipSid3, with the former team having made it through due to two important disqualifications.

Playing their first official match with new addition Ricardo "⁠Rickeh⁠" Mulholland (who was previously of Immunity), Renegades got the ball rolling on their map pick of Cobblestone with a T-side pistolround rush that only saw them drop a single player. Following the anti-ecos that went Renegades way, Georgi "⁠WorldEdit⁠" Yaskin won a one-versus-one for his team and FlipSid3 picked up the first gunround.

The CIS team equalised the score at 3-3 and the seventh round saw Renegades buy up and Aaron "⁠AZR⁠" Ward get two AK47 entry kills for his team that went a long way to securing the round. The Renegades kept climbing and got as far as a 7-3 lead before a triple kill from Oleksandr "⁠Shara⁠" Hordieyev on the eleventh round put FlipSid3 back in contention. AZR excelled in the series versus FlipSid3

Unfortunately for FlipSid3 though, the Aussies remained too hot to handle on their T-side and continued claiming bombsites and rounds, eventually finishing the half up 10-5.

AZR helped his team out with two kills and the Renegades cleared the hoops of the second pistolround on their CT-side and were soon standing at a 13-5 lead, despite FlipSid3 attempting to buy up on the eighteenth round.

Renegades took the first pistolround on their T-side by storming down lower ramp onto B site and fending off a FlipSid3 counterattack. FlipSid3 answered back on the first gunround with Yegor "⁠markeloff⁠" Markelov picking up three kills in an afterplant situation, with the numbers game favouring Renegades. But, just as had happened on Cobblestone, the Renegades reset FlipSid3's economy the following round with AZR securing three AK47 kills for his team to demolish FlipSid3. Renegades climbed to a 6-1 score before solid AWPing from WorldEdit on the eighth round saw FlipSid3 answer back; yet again however, new recruit Rickeh delivered on the following round with four AWP kills to put the Aussies back into a strong lead. Individual performances continued to rain down for Renegades as AZR picked up three the following round and Karlo "⁠USTILO⁠" Pivac had three entry kills the round afterwards.

FlipSid3 finally got their act together for the last three rounds of the half and began to defend more successfully, and the half eventually ended with Jan "⁠wayLander⁠" Rahkonen picking up a triple kill for his team and the score 10-5 in favour of the Renegades.

FlipSid3 opted to go for a B site take on the second pistolround but an early push from Renegades at Ivy allowe the Australians to anticipate this and put three on the site. Despite two late round kills from markeloff that seemed to give his team a chance, the Renegades claimed the second pistol and moved ahead to a 13-5 lead following the anti-ecos.

Renegades completely shut down a FlipSid3 gunround on the eighteenth round and did so again on the twentieth round, with USTILO flashed into Pop Dog and taking down three and AZR eliminating two T's coming out of A main. The Australian team took one more round afterwards and won the map 16-5, eliminating FlipSid3 in 11-14th place in ELEAGUE.

Another one of the ELEAGUE Last Chance Qualifier quarter-finals is taking place today at 22:30 , with Virtus.pro playing Gambit. Kangaroooooooooooo
i think that this is an anomaly. Flipside are a super stategic-based team that relies on counter-strating teams to succeed. Meanwhile, RNG are super unpredictable at the moment; new player, new coach, IGL is now yam... plus everyone on the team was hitting shots, jks didnt even need to carry this one as AZR just went bezerk over both maps. I hope this a proper turning point for RNG, and not just luck. Fingers crossed!1
2016-07-14 04:08
1 reply
#74

NRJ*
tbh, flipside played like they dont care bout this event, such an unprofessional behavior. And these guys even payed for playin' professionally. Shame on them.
2016-07-14 05:56
1 reply
#79