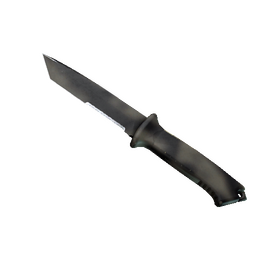 ELEAGUE's semi-finals are a little over 24 hours away and so we take a look at the second series featuring Virtus.pro and mousesports to go over their recent history, head-to-head results and how the two match up against each other.

It's almost semi-finals time in Atlanta, where the Cobb Energy Performing Arts Centre will play host to the last two stages, as tomorrow we will find out who ELEAGUE's first season's grand finalists are from Natus Vincere versus fnatic and Virtus.pro versus MOUZ.

Over the next couple of days we'll get to see the culmination of the $1,400,000 event, which has been playing since mid May and which has so far has seen 103 matches (138 maps) played out on LAN between a total of 24 teams, and now we're finally down to the last four. Virtus.pro and mousesports could give us a hell of a match tomorrow

We have already discussed the first semi-final featuring Natus Vincere and fnatic, the preview of which you can read right here.

Today our topic of choice will naturally be the second semi-final, where MOUZ take on Virtus.pro in a battle between two Top Ten teams:

We will kick off Virtus.pro's journey with their somewhat small yet significant win at SL i-League Invitational #1, which took place in late May and featured Natus Vincere as the only other Top Ten team present.

The Poles had just lost the best-of-five semi-final to Tempo Storm (now Immortals) at the CEVO Gfinity Season 9 Finals three weeks before, and so their initial three-map nail-biter against a completely new lineup including Aleksandr "⁠s1mple⁠" Kostyliev called Worst Players left us wondering whether the Poles could even reach the grand final against significantly inferior competition.

They followed their opening slump up however with a comfortable series versus HellRaisers the next day, then played two double-digit maps up against domestic competition in Dobry&Gaming and finally stood on the highest step of the podium upon defeating Natus Vincere with Snax playing lights out throughout the event.

After a month-long break from events and official matches, Virtus.pro travelled to Atlanta for the last group of ELEAGUE, among fierce competition in Gambit and Envy. The Poles ended up tying series with both teams before taking the CIS-based squad down in a comfortable manner, but then fell short to the Frenchmen in the Group F final.

Then it was Major time, which began only three days after ELEAGUE's group stage ended, and Virtus.pro strolled through a tough Group C over MOUZ and Liquid. A Peter "⁠dupreeh⁠" Rasmussen and Markus "⁠Kjaerbye⁠" Kjærbye-less Astralis was assigned to them in the quarter-finals, a match TaZ's squad barely escaped with their lives (Overpass 19-17, Train 19-15). SK awaited them in the semis, but a bold Nuke pick may have cost VP a better chance of making the grand final, though the series was still very close (Cobblestone 19-17, Nuke 5-16, Mirage 12-16).

With only three days again between the Major and ELEAGUE's Last Chance Qualifier, Virtus.pro flew back over the pond to make playoffs over Gambit and Renegades, with both series including an overtime battle (Dust2 and Mirage, respectively). Finally, NEO put in a massive performance on Dust2 (122 ADR, 1.82 rating) to help eliminate NIP in the quarter-finals. MOUZ on the other hand skipped all LAN events in between DreamHack Masters Malmö and ESL One Cologne's offline qualifier, mostly due to being unable to qualify for the finals of two big leagues, ESL Pro League Season 3 and ECS Season 1.

Shortly prior to the Major's final qualifier, NiKo brought in a former teammate, Aleksandar "⁠kassad⁠" Trifunović, for the coaching position to help with leadership and preparation. The start to their first LAN event in two months was quite rocky, letting Dust2 versus FLuffy Gangsters go to overtime. However, as the event progressed MOUZ stabilized, taking down Cloud9 on a narrow Mirage and humiliating G2 on Dust2 for a spot at the Major.

With hopes of making it to playoffs of at least one of the three big leagues, chrisJ and company went 4-2 in ELEAGUE's Group E round robin following tied best-of-two's with FlipSid3 and Natus Vincere as well as two narrow map wins over Echo Fox. The FlipSid3 re-match in the group's playoffs ended up in flames for the German-based side, but they secured enough points to make it to the Last Chance Qualifier as one of the two best third-placed teams.

ESL One Cologne's group stage put them into a pit with Virtus.pro, Envy and Liquid, which was widely regarded as the second hardest group after the Group of Death. The initial battle with their Polish opponents on Train saw them drop into the elimination match, where they sent Envy home on the same map, but the mostly-American Liquid lineup then ended their journey in 9-12th place at the Major.

In almost a complete opposite to NiKo's underwhelming display in Germany, which could perhaps be explained by a change in roles (as dicussed in an interview with kassad), the Bosnian came into ELEAGUE's Last Chance Qualifier reinvigorated. In what was MOUZ' greatest achievement so far, denying playoffs entry to G2 and FaZe as well as defeating Astralis in the quarter-finals, NiKo put in a monster performance worthy of a 1.35 rating and a near-100 ADR over the course of the three series.

Interestingly, MOUZ' head-to-head results with Virtus.pro have taken a turn in comparison to the latter half of 2015, when the former still fielded Fatih "⁠gob b⁠" Dayik. Back then most of their encounters went the Poles' way, four out of five to be exact, though all of them were in the span of one week.

In the first half or so of 2016, upon the joining of Spiidi, the results shifted significantly towards mouz. The same lineups have met six times overall, four times online (3-1 in maps), and twice offline (1-1).

The Polish squad have always been known to play awfully online, and so the results have to be taken with a grain of salt, similarly to their first encounter on LAN, at DreamHack ZOWIE Open Leipzig, where VP bombed out in groups and Snax recorded his worst performance ever in that specific match.

One thing that is interesting when looking at the table below is chrisJ's appearance atop the scoreboard. In their six matches, the Dutchman was often the best player for MOUZ, if not for the match as a whole, online and offline. While he's been slightly above average in 2016 overall (1.04 rating), he sits at 1.22 in the VP matches alone.

Combined stats of the six maps VP and mouz played against each other, dating back to January

Combined stats of the six maps VP and mouz played against each other, dating back to January

In their last three series at ELEAGUE the Dutch sniper was a solid performer as well, same as the remainder of the main trio, nex, but so was practically the whole Polish squad. Polish veteran NEO in particular stood out from the crowd at times on Virtus.pro's way to semi-finals.

Let's take a look at the possible ways the veto process can unfold. MOUZ' vetoes have been wildly inconsistent, though it's obvious where they're coming from. Against G2 they removed Nuke first, versus FaZe it was Mirage and against Astralis it was Overpass. In the latter two cases they basically removed their opponent's best map while being safe from a Nuke pick, as neither FaZe nor Astralis play it.

I'm not sure if mousesports will be rattled by Virtus.pro's Nuke, who have only played it twice and lost both times (to SK and Gambit), and banned it all three times since then, and so I'd expect kassad and company to ban Cobblestone, perhaps VP's strongest suit at the moment while still being an awful map for mouz. While VP have recently reintroduced Dust2 into their pool, I don't see them risking playing MOUZ on it, though Cache seems an equally bad idea versus the German side.

Whichever of the two is let through will likely get picked, while Mirage should also be among the first two maps. MOUZ should then ban Nuke, leaving it up to Virtus.pro to choose whether to play Train or Overpass as the decider, and I assume it will be the former. wed
if we can trust richard lewis and navi & fnatic will change their rosters shortly after eleague, then vp even without advancing to eleague top 2 will jump to hltv top 3. teams always lose a lot of points in ranking after changing roster
2016-07-28 20:42
3 replies
#32

BigDickStacy
yes,true but people are basing the score at last 6 maps score. VP is throwing some nit important matches to focus at tournaments like eleague or majors. They are very very strong on lans, but not at ESEA or other onlines :) Thats all, mouz will loose it, my friends are better :)
2016-07-28 20:47
1 reply
#99
allu |

sajlent
Then don't think too much It sounds more like czech or slovakian, not even close to russian btw. prepare your anus for today, it is muslim friday
2016-07-29 00:56
#68

Ilairon
I dont see the reasoning behind your comment im not saying he's bad in general but he doesnt seem to perform against nikosports
2016-07-28 21:44
1 reply
#77

LeTennantKS
Map veto: VP ban Dust2 Mouz ban Cobblestone VP pick Mirage Mouz pick Cache VP ban Nuke Mouz ban Overpass VP pick Train Mirage is 60-40 for VP but with how mouz played it against Astralis I think they have a good chance. Cache is a decent map for VP but a specialist map for mouz. I'd say 65-35 for mouz. Train is 50/50. VP haven't been the best on that map for a long time. No idea who'll win, both of these teams are inconsistent af.
2016-07-28 23:16
2 replies
#94

allhailhltv6969
VP will rape mouz on mirage. Everything came together for mouz vs astralis, and everything fell apart for astralis. It was an anomaly. Unless niko, chrisj, and nex all pull good performances out of their ass, they won't even get double digits on mirage. They might get Cache, but only if the same happens. On train VP will probably fuck them up too. 80/20 vp 55/45 mouz 65/35 vp If VP play like they have been lately, this will likely be 2-0.
2016-07-29 03:07
#95

solacethemenace
This is an international site, please write your comments in English. Comments in another language will be deleted.
2016-07-29 01:19
1 reply
#120

KennySlav
Vp 2:0 Mouz Trust me guys i have a time machine neo and taz will destroy not even nico could have stoped them rip mouz i am sry mouzsports fanboys . maps: cble,train,cache or maybe mirage time machine didnt go that far because vp allready 2:0 them sry mouzsports fanboys iv needed to spoil this for you . PS : snax will also have som nice awp higlight shots wink wink . Mark My Words #GoVP
2016-07-30 01:17
2 replies
#147

KennySlav
Did you see that prediction tho :D (unfortunately i missed the match because of alarm issues :(
2016-07-30 11:27
Login or register to add your comment to the discussion. 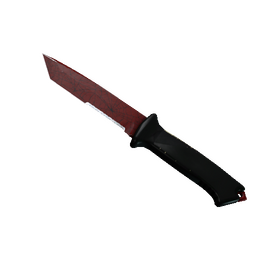