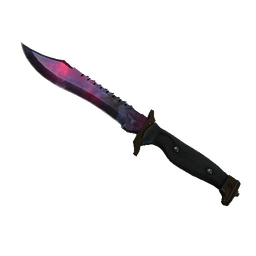 The LAN finals were the last phase of the competition that included 12 teams from the Oceanic region. In the end, Athletico, AVANT, Parallax and ASDF (now picked up by Chiefs) were the ones to secure spots in the $7,500 AUD finals.

The LAN finals, that were held at the Australian Technology Park in Sydney, started off with two semi-final best-of-three matches.

In the first match Jesse "⁠InfrequeNt⁠" Barker's Athletico took on AVANT and squeezed out a narrow victory over three maps despite Bobby "⁠zedzke⁠" Johnson's efforts - he ended on a +23 kill-death difference and a 1.33 rating but still lost the series.

In the second semi-final Parallax met Chiefs that recently qualified for ESEA Global Challenge LAN. Michael "⁠Lightstep⁠" Hall's squad couldn't replicate their online form in a LAN environment though, and were eliminated with a swift 2-0 on Overpass and Cobblestone by Razmik "⁠RaZ⁠" Bastadjan and his crew. RaZ was dominant in the grand final

The grand final started great for Athletico who won the first map - Cache 16-7, even though it was picked by their opponents Parallax. With their own pick Dust2 following, Athletico must have had high hopes in closing out the series early, but a different Parallax showed up to play on this map. With RaZ, Chris "⁠yellow⁠" McGillivray and Jordan "⁠Hatz⁠" Bajic firing on all cylinders, the map was concluded with a dominant 16-2 scoreline in favor of Parallax to tie the series 1-1.

The decider map was Train, where Parallax repeated their Dust2 performance in shocking similarity. With RaZ leading in the fragging department once again they took 13 rounds on the T side and closed out the match with three straight rounds on CT for another 16-2 scoreline - and a 2-1 win in the series.