ALTERNATE and Crowns have come out on top of their respective groups at the ESEA Season 22 Global Challenge, while Chiefs and Pnda exited the competition.

The second round of matches at ESEA Season 22 Global Challenge saw the elimination affairs played out first, as ENCE met Chiefs in a do-or-die best-of-one in Group A.

Tyler "⁠tucks⁠" Reilly' side started out by taking 10 rounds for themselves as Counter-Terrorists on Cache, but the Finns followed it up with an impeccable defence, grabbing 11 rounds in a row for the 16-10 victory, eliminating the Australians in last place.

In Group B Pnda played MK for their lives in the tournament and posted seven rounds as Counter-Terrorists on Train.

Much like in the aforementioned match, the favourites then took a stand on their own defence, putting up eight rounds to nil to advance to the decider.

Then it was time for the winners' matches, where European Premier semi-finalists ALTERNATE aTTaX played one of the favourites Echo Fox.

That time around it was the underdogs who came out on top, as Christian "⁠crisby⁠" Schmitt and Florian "⁠syrsoN⁠" Rische stood in the limelight throughout the 16-9 affair on Cache.

The other replacement for teams who had to drop out due to visa issues, Crowns, were pitted against Brazilian Open winners g3x, once again on Cache.

A close 8-7 half went the Brazilians way who kicked off the Group B winners' match as Terrorists and extended their lead further with a pistol round, but Crowns quickly crawled their way back in, winning most of the remaining gunrounds for a 16-13 win and a place in the semi-finals.

Only the deciding matches are left to be played in Katowice, Poland. ENCE are facing Echo Fox in Group A at 20:05 , while MK and g3x are set to play their re-match shortly afterthe previous match is over. liQuidmoTion
they lost, I think it hurts them that the top brasilian teams are in the US practising against american topteams. while these swedish semi top teams get toplevel practice easily :)
2016-08-28 12:03
#29

AbteilungsleiterDerLiebe
just shows how stupid online qualifiers can be for some teams
2016-08-27 20:15
3 replies
#34 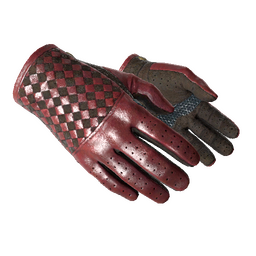 jabbi
Player of the week
8