ESL has announced changes to the format of the its Pro League finals, starting with the upcoming event in Brazil.

From October 26-30, ESL will host in São Paulo the offline finals of the fourth iteration of the Pro League, with the first two days behind played behind closed doors, while the last three days will be played in front of a live audience at the Ginásio do Ibirapuera indoor sports arena.

The new format, which was decided by the WESA Player Council, sees the number of teams increased from eight to 12, with both regions qualifying six sides for the event. The tournament will begin with a best-of-one round robin group stage, followed by a single-elimination, best-of-three bracket. Both group winners will go straight to the semi-finals, while the second and third-placed sides will play in the quarter-finals.

"The initial plan for a LAN-final with 8 teams felt out-dated," said Viktor "vuggo" Jendeby, the chairman of the WESA Player Council.

"The scene is now more competitive than ever, and so it feels natural to extend a tournament of this caliber to enable more teams to attend the finals.

"We also suggested more guaranteed LAN-matches for the teams attending, and proposed a format with 2 groups of 6 - like it is used at IEM events.

"ESL listened and we, the WESA Player Council, are very happy with how the new format looks like, and I hope the community will appreciate it as well."

Below you can find a provisional schedule for the event:

Time is adjusted to your selected timezone
#1
magic |

Jonathan E. - HLTV.org
Please refrain from hunting for first comment and focus instead on reading the news. Irrelevant and offtopic comments will be deleted. This behaviour is not welcome and will be severely moderated.
2016-09-16 08:36
3 replies
#134

northamerican10yrs
Not sure if this makes it more or less stupid that NA gets as many spots as EU. Feel like it would make more sense with 7/5 Nice format change though. This changes the game with teams' ability to qualify.
2016-09-15 19:01
10 replies
#55

guigawlowski
It's more about opportunits, i guess. The teams It's more about opportunity, i guess. The teams that benefit by this new format in NA are worse than other teams in EU, that's obvious. But yet, somo teams in NA don't get much chances to play in a tournament this big so often. So, thinking about trying to make the scene stronger and compete head to head with EU, get 6/6 teams each makes sense.
2016-09-15 19:22
4 replies
#66
n0thing |

zealiosforthefeelios
The team who benefits the most from this in "NA" is a brazilian team, who are playing like shit in ESL. Maybe you've heard of them? This change is obviously just to guarantee we get SK at a big LAN in Brazil, since they couldn't guarantee that themselves. The 6/6 is just to make it look fair, and it doesn't hurt that this gives VP a shot as well.
2016-09-15 21:47
1 reply
#144

Snoop_Doggizzle
yeah i agree, some NA teams don't get chance to play in some international LANs, but some EU deserve those spots cause they simply are better
2016-09-16 00:07
#83

northamerican10yrs
Yea the NA teams can be respectable if all the best teams qualify, at ECS both the last place teams were EU. NA gets even worse if you go into the lower levels though, like how at least Liquid, Cloud9, OpTic are respectable teams that can win against EU but there's a chance a shit team like echo fox could get through just because they're good against other NA. Anyway, I hope SK, IMT, Cloud9, OpTic, Liquid, and Renegades qualify for the best six teams from NA, and then it will be pretty good. Obviously supplementing with the best teams from other regions has made the general skill level of NA pro league a lot better than it would be.
2016-09-15 21:51
#88

northamerican10yrs
We'll almost definitely see SK pass and it's likely NA teams can pull some upsets, they always seem to get at least a couple in these tournaments, I just feel like it would be better if all the best EU teams are definitely gonna be there.
2016-09-15 21:51
#89

kick_cadiaN_ffs
Its funny as many of the WESA members were close to not making it. Now they changed it during the time of the league. Its as bad as the adjustments that were made for V.p to remain in EPL
2016-09-15 21:32
2 replies
#141

kick_cadiaN_ffs
I didnt know that. Well still, why do they do it in mid of the league... still kinda stupid that now when many of the top teams have troubles making it to the top four they have an easier chance.
2016-09-17 15:30
#29

northamerican10yrs
Yea but realistically it'll be like three NA teams and SK/IMT and Renegades, and the three NA teams will be the actually respectable skill level NA teams (Cloud9, OpTic, Liquid)
2016-09-15 21:52
1 reply
#127
mika |

CanSavage
Isnt a LAN meant to be in-front of people? And now even more money will be made for teams that dont perform fnatic and godsent basically run all of cs now. Open up your eyes. Fnatic fielded a cheater for years. Suddenly those clips stop when a fuss begins.. More and more bullshit to keep everyone from remembering flusha cheated, and currently are several cheaters in professional CSGO. How can the coach from a cheat squad become the head of the council LMFAO. People are corrupt af.
2016-09-15 22:20
#108

DemStOpBoom
Invite tyloo and vg plz they need this oppurtunity to prove that asian can comepete in cs
2016-09-17 08:20
Login or register to add your comment to the discussion. 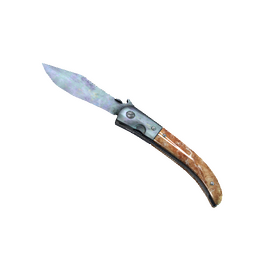