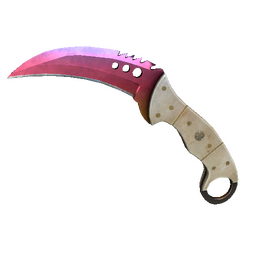 Following the Middle Eastern, European and Chinese qualifiers, the WESG Americas Finals are set to start in São Paulo, Brazil. Ten teams from North and South America will attend the event to compete for their share of a $75,000 prize pool and spots in the WESG Global Finals.

The tournament will be played in the São Paulo Mega Arena, that can fit more than 1000 people, from October 21-23.

A round-robin group stage followed by best-of-three playoffs, in a format similar to the one we saw in the European finals in Kiev, will be employed at this event as well.

WESG Americas Finals was supposed to be a 12 team competition, but due to visa issues for Broken tag's Canada mix and the American Broken tag only 10 teams will feature at the LAN in the end. The event will have two groups of five teams, with the first team from each group advancing directly to the semi-finals, while the second and third team will have to work their way through the quarter-finals.

The groups at WESG Americas Finals are as follows:

Aside from the $75,000 prize pool, this event will award six spots at the $1.5 million WESG Global Finals in China - meaning just making it out of the group in São Paulo will secure another big LAN competition to more than half of the teams at the event.

YH!one
Argentina has approximately 3,5 million Arab descendants mostly from the Lebanon and Syria that came in the XX century, in fact, the other guy called Nabil Aleua is Arab descendant too.
2016-10-20 19:06
1 reply
#68

Merchant
+1 They want to be like the olympics of csgo so they only let single country teams compete but only 16 of the top 30 teams are single country and most of those are the lower teams. In NA because of the same language canadians and americans play on the same team so it makes it extra hard. I like the format of WESG but the single country rule is so dumb.
2016-10-20 17:34
1 reply
#40

ExpertTrueThaT
Not at all. The one to blame are dumb players in NA and in WESA core who sign idiotic contracts who dont allow them to take part in events hosted by "outsiders". Read more here: www.hltv.org/blog/12580-wesa-vs-wesg-vs-esforce
2016-10-20 18:29
#2

Merchant
Yea, I guess that the online qualifier + event in brazil to qualify was just too much to be worth it. Worth it to note though that CLG and Echo Fox both played the qualifier and lost. Also SK and IMT would have had to either fly to brazil to play the brazilian qualifier or play with high ping.
2016-10-20 17:49
8 replies
#46

ExpertTrueThaT
What is wrong with you? WESG is not sancioned by WESA so SK (and G2, NIP, fnatic) are not allowed to play there as they are owned by WESA board and WESG is an competition of ESL/WESA. Mouz had no chance so dont even try and NAvi too much internal problems to make Ukrainian team with flipside and HR and Zeus. About TL and NA they have also some union similar to WESA so it is similar case. Both WESA and American Union do everything what they can to sabotage WESG. Open your eyes. Even more respect to VP, NV and dignitas who looks like the smartest teams not only in game but also outside. Read more here: www.hltv.org/blog/12580-wesa-vs-wesg-vs-esforce
2016-10-20 18:41
6 replies
#59

sltv.panda
Stop with that shit already. Nor cloud9 Nor Immortals as org's wouldn't waste chance to participate on US television and same prize pool in purpose of other tournament. SK is guaranteed to play in half of the prize pool in Moscow, on ESForce tournament, who is owners of organization.
2016-10-20 18:43
1 reply
#61

ExpertTrueThaT
You stop with your shit. EL (not same prizepol but 400k lower!) did groups manually and AFTER WESG schedule so they did it on purpose. About EPICENTER the same. EPICENTER (not half but 1/3 prizepol!!!) organizer is connected to WESA and they invited SK after WESG schedule. Soon you will say cheating on LANs is impossible :D Dude, take off your tinfoil hat.
2016-10-20 18:53
#73

fishing_cat
c9 wouldnt be fine with shroud, i can understand that they would skip it. but id like insight on why SK and IMT arent going. i mean SK is busy rn, but why have the qualifiers when SK are busy? and why doesnt IMT go at least?
2016-10-20 18:17
1 reply
#57

ExpertTrueThaT
Yes. Favelas slaved themselves to SK which is owned by WESA board member so they are not allowed to play in non sanctioned by WESA events. Same for other EU WESA core related EU teams. WESG is not santioned by WESA. About TL and NA they have also some union similar to WESA so it is probably similar case. Read more here: www.hltv.org/blog/12580-wesa-vs-wesg-vs-esforce
2016-10-20 18:31
#21

ExpertTrueThaT
WESG is not sancioned by WESA so SK (and G2, NIP, fnatic) are not allowed to play there as they are owned by WESA board and WESG is an competition of ESL/WESA. Mouz had no chance so dont even try and NAvi too much internal problems to make Ukrainian team with flipside and HR and Zeus. About TL and NA they have also some union similar to WESA so it is probably similar case. Read more here: www.hltv.org/blog/12580-wesa-vs-wesg-vs-esforce
2016-10-20 18:34
#45
kennyS |

ExpertTrueThaT
Not at all. It is a great thing. It punishes all idiotic players who sell out themselves to European Union (WESA) and NA union (dont remember the name). Anyway top 1 VP and smart top players like NV and dignitas are there so we have the top. The level is high as Astralis and EchoFox have failed to qualify. It is going to be great event. Btw. It is by far the biggest cs event ever. Valves events (1mln) are DWARFED by WESG(1,5mln) :D
2016-10-20 18:37
6 replies
#60
Ex6TenZ |

Ex6TenZ retire pls!
That's what I'm saying - the biggest waste of money. Why to even apply such a stupid rule about nationality? Why does it even matter? It's dumb, they want it to become one of the olympic games, but it won't be the case anyway, and they just are giving away the biggest prizepool to the bots. Pretty much we have only 1 tier1 team which is VP, and 1 tier2 team which is dignitas, all the rest are tier3 and worse.
2016-10-20 18:44
5 replies
#62

ExpertTrueThaT
This is an asian thing. Yes, olympic related. The only problem are tier 2 teams... Imo this rule is also wrong. It should be at least regional, divided to cultural regions like e.g. slavs, western europe, NA, SA, Australia and Oceania etc. Anyway it is not a big problem. In 1.6 most of majors (ESWC, WCG) was like that and these were majors. We can make it work in CS:GO if it was working in 1.6. The problem are WESA and NA union and dumb players tho :/
2016-10-20 18:52
3 replies
#63
Ex6TenZ |

ExpertTrueThaT
navi is all western and eastern slavic so the same culture. im against NA importing eu players so it would be ok to not allow pimp to play in na team to get easy qualifiers.
2016-10-20 19:01
1 reply
#65
Ex6TenZ |

LordSP
Once that money is more important than the event itself, thats where "eSports" go to hell. If the prizepool is the only thing motivating a team to participate, we should just stop right there.
2016-10-22 06:25
#51
kennyS |

foshpa
i hope elite wolves do something good there, i really want to see a peruvian csgo team doing well in an international tournament
2016-10-20 21:51
1 reply
#82