The first semi-final of EPICENTER brought us a rematch of the exciting ESL One New York semi-final and one of the best rivalries of 2016: Virtus.pro - SK.

The action started on SK's Train, where they were able to take the pistol round, but their third round B-site aggression was expected and waited out by the Poles, denying them kills and information.

After the early phase of the round, Virtus.pro grouped up and ran into the inner site, getting their first round on the board.

SK bounced right back in the following one, but as the round was unconvincing for them, Wiktor "⁠TaZ⁠" Wojtas's team decided to force up a couple of times with hopes to reset the CT economy.

That didn't work out though, leaving them 6-1 down and on an eco. From that point onwards SK ran away with the half, displaying their masterclass CT side of Train once again.

Helped by Gabriel "⁠FalleN⁠" Toledo going 9-0 over Janusz "⁠Snax⁠" Pogorzelski in the map, they kept it clean until the end of the half, finishing it 14-1 before closing out the map 16-1. snax struggled against FalleN on Train

Virtus.pro started the first half of Nuke with an A-split, utilizing the outer catwalk to wrap the site and take the round, quickly equalling their score from map 1.

FalleN had two opening kills with the AWP in the following round to help his team bounce back to 3-3 and then slowly take the lead on the CT side of the map. Filip "⁠NEO⁠" Kubski and Paweł "⁠byali⁠" Bieliński were successful in their 2v2 afterplant on A to get another round on the board towards the end, making it 9-6 for SK in the first half.

After the switch, it was as tight as it could be with the teams being within two round of each other throughout the half. Snax was much better on Nuke, combining with NEO in yard and displaying some classic snax moves around the smokes all over the map.

As the score was tied at 11-11 Marcelo "⁠coldzera⁠" David clutched an important 1v2 to put his team ahead, but Jarosław "⁠pashaBiceps⁠" Jarząbkowski picked up a double on ramp at 13-11 to stop the rot, providing his team a much needed push to get over the finish line and win the second map 16-13. SK failed to close out the series on Nuke

Despite having a 0-3 start on the final map - Cobblestone, Virtus.pro were looking extremely confident on the defensive side. FalleN's side was failing to make an impact with their slow defaults thanks to Snax and pashaBiceps picking off their opposition early in most rounds.

SK picked up their first and only Terrorist gun round in the 13th after some clean entries on B, with Virtus.pro promptly bouncing back to close out the half 11-4.

After losing the pistol round, SK had only one more chance to get back in the match. On the first gun round, Virtus.pro hit B and, despite coldzera being in position to shut down the Poles, managed to close out the round and subsequently the game.

The second semi-final: Natus Vincere - Dignitas, is up next at EPICENTER: Moscow.

DreamsAndVisions
yet you are adding meaningless comment and make it even worse, you are on the internet, deal with scrolling and don't be autistic pls
2016-10-23 13:48
1 reply
#166

Brian_Furious
No he is not. He tries to be the nicest guy infront of the camera. Did you know what happened when zews played 2 rounds without handset against c9? That fact went against the rules but favela (fallen) started to call c9 pussies on twitter and that they are blaming immortals for nothing, which obviusly they just went against the rules but he couldnt get the fact
2016-10-23 14:52
#185

zdrovabratan
nt but overall it was 33-33... so a draw... should be another map and nice cheaters byali and snax ahahah sk were only chilling before the major and polacks think they are the best what a delusional fanboys... wait for major kids #runSKG
2016-10-23 13:11
34 replies
#76

Revan12345
Lol if you think SK chilled before a big event With Fnatic before Columbus when they were undisputed best in the world, Krimz had 10 hours of cs go in the 2 weeks leading up to an event and got the MVP of the tournament as Fnatic won, also its quite obvious that SK have fallen from their perch, anyone who doesn't think VP aren't the best right now is delusional. Also isn't it SK that have been called out for cheating recently anyway
2016-10-23 13:18
2 replies
#142

santaklaus
SK played extremely well on train though, which they also proved against VP today. Their map pool is just too shallow evidently. Glad VP came thru
2016-10-23 13:22
#180
kennyS |

Hayashin
Fair enough man i like how they play as well.just thought you liked the players Which i Dont think would be justified. Even tho fnx is probably my favourite
2016-10-23 15:07
#130

stotte
It's also arrogant to throw in that they didn't call against (I forgot what team it was. Was before Liquid @ ESL Cologne). It's adding salt to wounds. Unnecessary shit. Glad he's in that fuckhouse called GODSENT while those new Fnatic players are getting some much needed limelight. Fnatic can become great again. They still have all of the ingredients.
2016-10-23 13:31
1 reply
#187

Slomaa
I love that VP won after BM from Fallen at the beginning of the players introduction. They deserve the win, and i hope they would win the entire event. The crowd is great and i think they help VP a lot. Let's see who's going to be a VP rival in the finals. GO VP!
2016-10-23 13:17
2 replies
#123

Slomaa
He said he'll make VP go home. Taz replied him "We're at home already" and Fallen didn't have a good responce to this answer so it ended with smiles and laughs. I think it's pretty BM but i'm sure it was just for the laughs and fun so Fallen didn't mean VP to go home in the manner he said the words (pretty agressive imo).
2016-10-23 15:20
#115

Ex6TenZ retire pls!
I'm so glad VP won, not because I do like VP as an orga, but because I hate when 1 team is super dominant, and because I like the Poles, they haven't changed their lineup for 3 years, had their ups and downs and still managed to overcome their problems. I'm afraid SK org will kick the Brazilians, they love to do so, hopefully their contracts prevent them from doing so. And I think they're stupid, they were the best in the world and then ruined it themselves by arguing like crazy, just why??? It's cool that we have more tier1 teams, but to be dominated THAT hard isn't something I'd like to see from them either.
2016-10-23 13:21
#135

Human5003
Virtus.pro are so relentless! SK well played though. Just shows how competitive the scene is right now.Good time for csgo. And there are favelas and anti favelas. Dont be an either one.
2016-10-23 13:49
#165

jackALL
VP really has a lot of heart, always able to pull the comeback. Very rare in a scene full of chokers, on both sides of the atlantic, and probably one of the main reasons they always do so good on LAN.
2016-10-23 13:58
#170 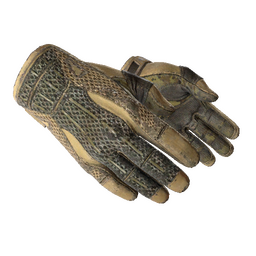