Sound has announced via social media that he has left the Korean team, MVP Project.

Since acquiring former Team 3D member Ronald "⁠Rambo⁠" Kim as coach in early October, the roster has made improvements in their results in the Asian scene. These results included qualifying for the PGL Asian Minor and WESG Asia-Pacific Finals, with the addition of defending their VSL Korean title for Season 2.

Unfortunately, they were unable to make it to the main event for either tournaments, finishing fourth place at the Minor and failing to make it out of groups at WESG APAC, which prevented MVP Project from claiming one of the spots at the Global Finals. Sound leaves his teammates due to personal reasons

The team was not seen in the recent Dreamhack Masters Las Vegas open qualifiers, despite other Korean teams being present including Keun-Chul "⁠solo⁠" Kang's MVP PK.

With an ongoing shuffle in the Asian scene with notable names being affected, including the likes of the Mongolian duo, Enkhtaivan "⁠Machinegun⁠" Lkhagva and Temuulen "⁠Zilkenberg⁠" Battulga and the Indonesian player, Hansel "⁠BnTeT⁠" Ferdinand (now in Recca).

Hyung-Ju "⁠Sound⁠" Nam will be joining that list, who has revealed on Twitter that he has step down from the roster due to personal issues.

With Sound's departure, the squad now consists of:

I leave mvp project due to my personal issue
All the best for my team and teammates!
GGWP!

I leave mvp project due to my personal issue
All the best for my team and teammates!
GGWP! sergäyfährlich
must be hard without sound
2016-12-04 02:55
Login or register to add your comment to the discussion. 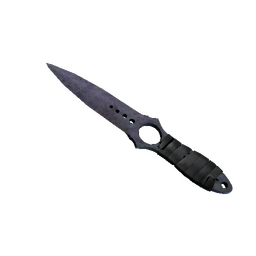