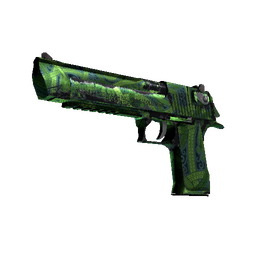 kioShiMa: "1v4 didn't affect us much"

To finish off the second day of the ELEAGUE Major Main Qualifier, we talked to Fabien "kioShiMa" Fiey, whose team FaZe just beat OpTic to go 2-0 in the tournament.

FaZe managed to take down OpTic after losing to the North American team twice in the last two weeks - at ELEAGUE Season 2 Playoffs and ECS Season 2 Finals.

Following the match, Fabien "⁠kioShiMa⁠" Fiey talked about getting over the hump, his role in the team and the Major.

You started 8-0 on the T side, but they started coming back and then the 1v4 by tarik happened. Was it getting a little bit scary at that point?

We started good and then I don't know what happened, they probably just adapted. We didn't do anything different, we kept playing our playstyle and they just adapted well to it. Luckily, the last 1v4 was on the last round of the half so it didn't really affect us that much. Whatever happened, we move on to the other side. Talking to karrigan, he was talking about utilizing rain and aizy the most, with you and allu next in the line. What do you feel could be better for you and allu at the moment?

For the moment what is happening is that we are focused on them, we are not going to have that much impact in the playstyle with what we are doing right now. We play more passive and then rain and aizy are doing the work. It's just about impact right now, I don't have as much impact as I want to have.

Talking about allu, on Overpass on the CT side he AWP's around the toilet area often. In the past he had some issues in that area, even though in the last round of this match he picked up three kills. He sometimes seems to be missing some shots - do you feel anything is off in this area of your Overpass?

I don't think we have anything off on Overpass. It just depends if your player misses a shot or not, but you cannot predict that. If a player misses he missed it, it doesn't matter, we know he might not miss it the next time. There is nothing else to change.

Some closing thoughts for the second day, looking forward to the Major, it's almost in your reach?

That's the only tournament you want to do, you want to qualify for the Major, whatever happens before doesn't really matter. It feels really good right now, we have one more match to go and we have three shots to do it.

jormaj
Yeah.. allu missed two shots in that game. TWO! After Fallen and device he is the most consistent CT awper on overpass, so what the hell is that question even? I know allu doesn't care, but this is just stupid level "journalism".
2016-12-17 15:42
#28