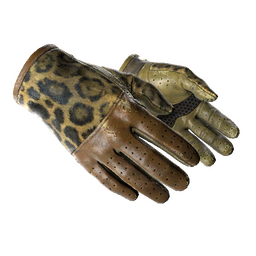 The famous Danish football club have acquired the services of ex-Dignitas players and the team will be called North.

The Danish squad have recently qualified for the ELEAGUE Major and parted ways Dignitas at the end of 2016. North's Twitter account can be reached by clicking this link.

HLTV.org was present in the press conference and have learned that the club aims to bring tournaments to Parken, FC Copenhagen's stadium, and they are aiming to get in contact with tournament organizers to achieve this goal. They also hinted at longer contracts (3-5 years) than we usually see in esports and expressed their ambition to host one of the biggest tournaments with 40-50k people in attendance.

Ruben "⁠RUBINO⁠" Villarroel has released a statement to announce their new organization:

"I'm happy to announce our new home @thenorthishere. It has been a long road; about fourteen months ago I was close to quitting the game and now I've officially signed with a football club. Its unbelievable that some years ago this was something everybody would laugh about, but now it's a reality!" RUBINO wrote in his statement.

North's roster will be:

dR_JaCkPoT
I was kinda too, but imagine if the whole football scene engulfs the entire esports scene. To me that would be a little bit sad. I like the way esports organisations brand themselves - they can be more creative, original and unrelated to the typical, physical sports genre... that's part of what makes esports unique opposed to regular sports.
2017-01-03 14:46
2 replies
#299

TheOnlyDaneThatMatters
Might be a stupid question but do you know if the conference will go live on danish television?
2017-01-03 10:31
1 reply
#57
shox |

Barack`Bigblack`Obama
Thats why you dont matter , irrelevant to this society getting rekt by a russian verbally and says he needs no answers to get smarter :D.
2017-01-04 12:42
4 replies
#405

fr0mme
Seeing that the Lion is on all of the Coat of Arms for the Scandinavian/Northern countries, I don't know why it is soooo "Exotic" an animal? See: funnyjunk.com/funny_pictures/2350151/Sca.. The highest order within Denmark is also the The Order of the Elephant, this is also not an animal we normally have in Denmark, yet it is used.
2017-01-03 14:25
1 reply
#304

Trojka03
I don't know what HLTV are doing but there has been lots of information that involves pro CSGO scene and eSports in general from the press conference, things that HLTV hasn't covered yet. Source: dr.dk/live/nyheder/sporten/2449781?utm_s.. "Det oplyses, at Counter Strike-holdet kun er det første af en række esports-hold, som de to virksomheder vil præsentere." FCK will sign teams in other games. "Jacob Toft-Andersen, sportsdirektør for North: Vi skal ud og dominere verdensscenen og der vil komme flere hold til. Eksempelvis et Fifa-hold." We are going out to dominate the worldscene and there will be more teams, for example a fifa team. "Ambitionen er ikke, at få en stærk dansk liga op at køre. Sigtet er klart det internationale marked, gentager Anders Hørsholt." The ambition is not to build a strong Danish league, the aim is the international market. "- Vi vil fra 2018 forsøge at få en af de helt store Counter Strike-turneringer til Parken. Ambitionen er så, at fylde Parken med 40-50.000 tilskuere hen over en weekend. lyder det fra Anders Hørsholt, adm. direktør i FC København." In 2018 they are looking to fill the FCK stadium with 40-50k visitor over a weekend for a large CS tournament. EDIT: I think the league they are talking about is the rumored RFRSH league (esportsjunkie.com/2016/12/rfrsh-to-start..) They seem to have big plans for that league, filling a 50k stadium is certainly ambitious. I wonder which league will be sacrificed to make room for this.
2017-01-03 11:48
4 replies
#180

Trojka03
Yeah I get that, and its of little interest to me too personally. But your posted hadn't mentioned the stadium talk for instance yet while I started writing this post. That's why I posted it :)
2017-01-03 11:51
#198

JermainWilliamson
Drake said it best... "We The North". Toronto Raptors are the most gangster Northern geography-and-culture celebrators. Denmark ain't got shit on Canada and Maple Leaf Sports & Entertainment.
2017-01-03 11:44
#181

Slomaa
LMAO, the North clan introduction video is so cheesy i can't stop laughing :) I though it was serious org who wanted to have pro team and not a team of clowns (i don't have anything against them but this video was cheesy).
2017-01-03 12:55
1 reply
#247

postwarscars
Jesus Christ, who did they pay to create the branding? The logo is whatever, but that word mark is absolutely terrible (and I get what they're trying to do, but it looks really awful).
2017-01-03 18:33
2 replies
#386

postwarscars
No. It's not. If you're going to brand something, you need it to be clear and concise. The rune inspired font isn't clean. It's not attractive the way a word mark needs to be. It's cliche and unintelligible by contemporary standards (like I'd rather see them using something like this: 1001fonts.com/runytunesrevisited-font.ht..). It should've been a clean San Serif, and if they wanted to include those characters they should've been a secondary title (which could be removed per-need). As a primary title that font choice is questionable at best. I have no issue with using specialized fonts for sports branding, but there's simply too many things wrong with this application. Especially considering it feels like there was absolutely no thought put into it outside of the "rune" inspired characters (this is like using fucking Papyrus or Trajan for the same purpose).
2017-01-04 17:28
#362

SeanUk_
Meh, saw this when i was at college, have to say it was kinda obvious: Dignitas part ways.(Danish) Next day/days later F.C copenhagen(Danish) branching into csgo Now: F.C Copenhagen pickup ex dig
2017-01-03 19:29
#367