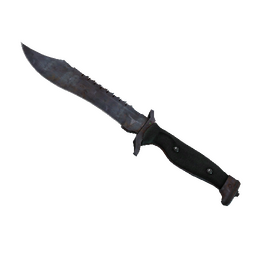 After a massive lead in the first half, fnatic managed to close out the opener against NiP 16-14 (Cache).

The first match of IEM Katowice started with an explosive pistol round in which fnatic managed to take the A bombsite despite going a man down early, with the plant for main allowing Jesper "⁠JW⁠" Wecksell to clutch the after plant situation against three NiP players.

After cleaning up the anti-eco's, fnatic secured the first buy round thanks to Olof "⁠olofmeister⁠" Kajbjer's forklift aggression that caught the Counter-Terrorists off guard, and continued rolling NiP from the Terrorist side despite regularly losing opening duels to the Ninjas. It was 7-0 before NiP got on the board with their first round, but fnatic instantly replied as Dennis "⁠dennis⁠" Edman clutched a 1v1 against Patrik "⁠f0rest⁠" Lindberg.

The same story continued until the end of the first half - NiP was successful in getting kills, but not in closing out the rounds and fnatic switched to the CT side with a 13-2 lead. NiP run over the A site in the pistol round to start their comeback on the T side, as Richard "⁠Xizt⁠" Landström and co., mirrored fnatic's start in the first half—quickly making it 9-13. At that point Robin "⁠flusha⁠" Rönnquist called a time-out, but some time to breathe didn't help them solidify their defense as NiP picked up two more rounds before olofmeister's team got their first CT round, locking down the B site.

As the game was on the brink of being tied, flusha showed up with a UMP triple-kill to make it 15-13 and then Freddy "⁠KRIMZ⁠" Johansson clutched out the final round on a low buy to finish the game 16-14.

BigBaguette
No luck involved, the timer is time based not luck based. I hope forest won good skins by betting against himself then throwing.
2017-03-01 12:37
#44
XeqtR |