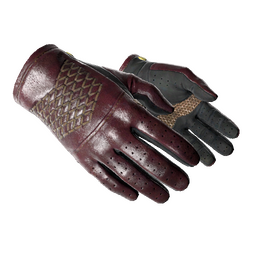 ESL has announced that the Intel Extreme Masters will have a stop in Sydney, Australia this year, with the ~$200,000 tournament set to take place in May.

IEM Sydney will kick off the 12th season of IEM and will be held on May 6-7 at the Qudos Bank Arena, which has the capacity of 18,000.

Along with the general information, two invited teams have been announced—the Brazilians of SK and Renegades, who will be back to Australia to play a premier tournament for the first time since the Crown Invitational in 2015.

According to an article from Fox Sports Australia, ESL is "expected" to send invites to four more international teams to attend the $260,000AUD tournament, while the remaining spots will be filled with local "hopefuls" although it was not specified if "local" meant the inclusion of the entirety of the Asia-Pacific region or just Oceania.

The following teams have been invited to IEM Sydney:

dohfOs
while more or less true, we want them to care, right? the more that do care the better. and the best way of getting them to care is to host great events in their area. that said. I'm obviously all for more EU events and less NA/Asian, but that's just my biased ego speaking.
2017-03-07 10:24
1 reply
#290

FuzioN-
think again now, the intresst of what nations who mostly view counterstrike is the european and CIS region. Thats where dota and cs is biggest and have most viewers from. This the timezone is pretty awful, the swedish timezones adapt our events are late to let other countries be able to watch it at the same time. for some odd reason other events does not do this, i get that you cannot please all countries and timezones perfect but atleast dreamhack are doing a great job, thinking of other timezones compared to ESL, ESL is pretty horrible at this job.
2017-03-07 17:07
#338
f0rest |

WallehZz^v^
stop complaing man a majority of tourneys happen in eu, i never complain about timezones and im american... plus Australia is usually ALWAYS fucked, and ive never seen a whinny aussie on here so gtfo
2017-03-07 06:48
#243

samp1e
Do you have any idea how many tournaments in europe and na happen us australians have to stay up till 2am to see a fucking grand final for the major let alone online matchs in eu are like 2-3am for us its bullshit but finally i won't have to stay up to 2 in the fucking morning to actually watch tier 1 teams play
2017-03-07 13:11
#296

cloney
If they start at 11am like Katowice and finish arround 22pm local time later on, gonna be a pain the ass. I dont even understand the players, who is willing to flight to Australia? From EU its what, 20 hours, 24 with a bit of Stranding in Singapore? Same goes for NA. Sorry Aussies, but there is a reason your country was just a big ass prison colony.
2017-03-07 00:05
5 replies
#97

Technofied
Awesome, I'll be going to this one. Kinda disappointing that Renegades was invited, rather them go through a qualifier with other AU teams, especially seeing that some of them have potential for upsets. On top of that, would love to see an asian qualifier (that includes Australian teams), I feel that its to centered around EU and it wouldn't hurt for tournaments like this to at least let one or two teams from other countries play.
2017-03-07 00:53
5 replies
#134
rewind |

Smrfy
Tainted #1 AU with a coin toss between iM and Chiefs for second place. Chiefs more offline results than old iM lineup iirc (the gazr and destiny one) plus new iM roster is unproven offline.
2017-03-07 11:53
#380
jks |

Smrfy
Snakeysnakes to win it all. THANKSFLUSHA come in a close second place. Jamba comes out of retirement to double team Coldzera with mousepads (with Marben's help ofc)
2017-03-07 11:56
1 reply
#334

perth
Also for the people crying about timezone there are literally tournaments every couple of weeks can't u just wait for ANOTHER EU tournament?
2017-03-07 04:27
#200

shifty00hh
Anyone got any info, rumour or 'spider senses' on who the other 4 invites might be? Not going to waste my money and time if SK is the main draw card. Rather play some backyard cricket with the lads and smash a few frothies!
2017-03-07 08:00
3 replies
#248

shifty00hh
I couldn't give a fuck how the Aussie teams go. I'll support them no matter what. I want the invited teams to be actually half decent and be a draw card. Not some fucking horse shit OpTiC or EnVyUs and make it seem like some tier 1 shit.
2017-03-08 07:26
#245

shifty00hh
FaZe, Astralis, NaVi and VP would be sweet. Alot of different reperesentation and we're multicultural as fuck. Doens't matter either way, I'll be drinking myself retarded! Go Renegades! derp! What DJ should we get d00ds? lawl
2017-03-07 10:19
1 reply
#278

NinetyDegrees
Starts at 10am Aest. Bo1's Wednesday and Thursday, semi's Saturday and gf Sunday.
2017-03-16 06:04
Login or register to add your comment to the discussion.