HLTV.org spoke with RFRSH's CEO and founder Nikolaj Nyholm and learned more about Astralis' player co-ownership, how RFRSH balances out working with multiple teams and their plans for the future — which include a global CS:GO tournament.

RFRSH, the esports marketing company with ties to Astralis, Heroic, GODSENT and Norse, recently revealed more details about how their company works under a blog post named "The RFRSH Model".

In short, the company plans to develop teams over a period of 36 months, with RFRSH pulling out of the team and selling any shares they might have after the "launch and establishment" process has been concluded. 
Following the post, they opened up to HLTV.org to explain more about how the company operates and their thoughts on certain aspects of the competitive scene. RFRSH also revealed that they are looking into running their own CS:GO tournament, but that the project is still in the early stages.

According to CVR.dk, the Astralis players aren't listed as owners nor do they have any ownership in the companies registered as owners. Can you explain how the players' ownership works? Can you disclose any details about ownership percentages?

We do not wish to comment on any individuals personal terms, but can say that the Astralis players are co-owners of Astralis, and as a whole own a significant share. As individuals, though, they each own less than the minimal listing requirement in the CVR register*.

[*HLTV learned that the minimal listing requirement for an ApS company is 5% ownership.]

Also, have the new GODSENT and Heroic players been added to their team's ownership structure?

We are in the process of establishing the format for player co-ownership for GODSENT, Heroic and Norse.

When you get in contact with a company that is interested in sponsoring an esport team, how does the process of deciding which one of the four squads you currently work with gets the deal?

It is very rare that a commercial partner/sponsor simply asks “to sponsor an esport team”. RFRSH offers a complete commercial package, which both the teams and the partners benefit from. Individual sponsors/commercial partners have different requirements and requests in regards to their marketing investment, all depending on their market/geography, budget, product and if they require exposure, engagement or events. It is the partner’s requirement that determines how the co-operation is formed.

Can all four teams be represented equally in that regard? If so, how have you managed to convince the players that that is the case?

By being a part of the RFRSH set-up, the teams have access to a marketing organization and toolbox way beyond what is standard in the market, and ultimately they get much more than just being “represented equally”. The partnerships entered on their behalf are tailored to what the team can deliver and what the sponsor requests, including the full support after the agreement is entered, so that the teams and players can concentrate on optimizing their performance - also supported by RFRSH.

RFRSH invests in the teams, organization, facilities and the marketing toolbox, and as such add value benefiting the players.

How does the cash flow work between the sponsors, RFRSH and the teams? Does RFRSH work directly with the sponsors, receive the money and then pay out the teams or do teams pay RFRSH an agreed sum from what they earn through sponsorships?

The commercial team at RFRSH works directly with the sponsors and partners on behalf of the teams. This is done under a standard agent format.

In the reddit AMA, you mentioned that Astralis' acquisition of gla1ve wasn't facilitated through RFRSH, but that the Heroic players consulted you on the transfer. What does that include, can you walk us through the process of transferring a player from one of your teams to another?

In a case like this, in general RFRSH always represent the selling part.

Also in the AMA, you mentioned that you find France and North America particularly interesting in terms of expansion - are you only looking at other CS:GO teams or are there other directions you are looking to expand in, such as other games or tournament organization? What is the next step for RFRSH?

The RFRSH Model can be used in connection with all teams, and we are always open to new markets. CS:GO is an exceptional platform for both streaming and arena entertainment, and our ambition is indeed to establish a global CS:GO tournament. There are a lot of great events out there, and we believe we can refine and develop the live experience with even more focus on the entertainment, the teams, players and all the elements CS:GO and arena entertainment can bring. We are still very early in the process and are very open to working with everybody, who want to participate. At this point we’re simply discussing the options with relevant entities.

Recently, we saw fnatic play against fnatic Academy in an official match, which received a lot of attention and opened the discussion on the topic of teams with shared ties. What is your stance on 'first' teams playing against Academy teams in official matches, is that something that should be allowed in a competitive environment and how do you think that compares to your model?

The Academy idea is very positive for the sport and talent development. In general it should not be a problem that the academy team plays the first team if they are good enough to participate in the same tournaments. RFRSH is also looking into the Academy model, but you cannot compare this to the “first team set-up”.

The RFRSH Model is designed to build, develop and establish viable professional sports teams and brands over a 36 month period. Provided an agreement can be found with the teams and organisations during the establishment and development phase, RFRSH may take take part ownership of one or more of the teams to secure that the RFRSH model is fully incorporated into the team strategy. We do not see a conflict in multiple team ownership under this model, as each team is and will be its own entity. However, when the teams and brands are fully established, RFRSH will divest from the team and not/no longer have a controlling share or ownership of the teams, brands or orgs.

The “launch and establishment” investment period is similar to e.g. MLS, Formula 1 and other franchise-like set-ups, and as such fully dependant upon strong individual teams contending on their own terms to reach specific goals, established in co-operation between the teams/orgs and RFRSH. Similar to other league/franchise set-ups, the ownership after “launch and establishment” is transferred/sold off to teams or other investors, and RFRSH Entertainment will not own or control the teams/brands.

There are a couple of other teams on the scene that have ties to a single organization in a way that is similar to RFRSH. Have you thought about what could happen if those teams end up involved in something unethical (ie. match fixing) - how that could impact the rules in the competitive landscape and potentially get RFRSH barred from having ties with multiple teams?

I don’t see how match fixing or any other illegal activity is connected to the RFRSH Model at all. We are in no position to give orders, and, as co-owners of their own teams, players have absolutely no motivation do anything but try to win each match.

Also, the cases I know of have all occured outside a constellation like this, and quite obviously any such activity would be considered a breach of contract and handled professionally, just like it surely would by any other pro-teams out there.

Your teams have adapted an "office culture", how does that differ from the gaming house mentality that used to be prevalent? How much time do players/teams spend there, how often do they come? Also, we have seen Astralis and Heroic there quite often, what is the status with GODSENT and Norse?

We’re still building the facilities, which will include the teams’ own branded cubes/rooms, a new players’ lounge, viewing facilities for streaming events, meeting rooms and office facilities, so the teams have yet to establish their base here. GODSENT and Norse are based in Sweden and Norway, respectively, and will have a different set-up, while all RFRSH teams naturally will be an integrated part of our HQ environment.

Norse's performance has been a level below the other RFRSH teams, is that worrying for you at all? Is there a level of expectations set for each team and is there a possibility that you cut your ties with a certain team if they don't meet said expectations?

When entering an agreement with a team, we set some specific targets and requirements to be met, just like any other org. operator.

cOcun9
sell shares, you get 5% without lifting a finger as long as the organisation exist, probably forever since they are pretty big ORGS so good future choice.
2017-03-14 18:55
#55

HLTV_Woman_Respecter
why would anyone invest anything at all if they don't get shares? Hope you realise probably private investors hold my shares than RFRSH+players combined.
2017-03-14 21:43
#70

Notallama
Something that requires a 3-5 year ecutation to fully understand is a bit hard to explain in a HLTV post. You can start here: en.wikipedia.org/wiki/Stock_market#Impor..
2017-03-15 07:57
#32

Reod
Soo its basicaly scandinavian esforce? I wonder what Thorin and RL will say about that since esforce did get a lot of flak for owning shares in couple teams (VP.Navi,SK) and also Thoring being Astralis fanboy.
2017-03-14 18:38
#35
Coronaz |

kingofthejungle
This company has the most retarded and worst name ever marketing-wise. No one even remembers the letters in the correct order. And these guys are supposed to work in marketing? L U L
2017-03-14 21:09
3 replies
#60

HLTV_Woman_Respecter
no my friend I don't think you are retarded. I also agree that even if you were, an international company's name should be easily pronounced and recognisable by anyone as you said ,even retards,.
2017-03-14 22:07
#50

RightWingSJW
Big esports, why is there always these people who wants to hide in the background and make money out of other people's desperation.
2017-03-15 11:29
#72 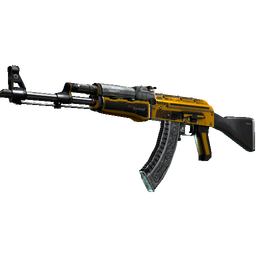