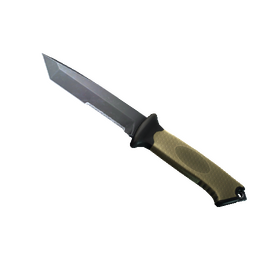 Team Spirit have announced that they have parted ways with Anton "kibaken" Kolesnikov with immediate effect.

In a statement, team manager Ruslan Bugrin justified the decision with the "need for drastic changes" following a series of mixed results.

Formerly known as Arcade, the team joined Spirit in June 2016 and enjoyed some success during the second half of the year, winning GOCL Season 4 and securing a spot at the offline qualifier for the ELEAGUE Major, where they would be sent packing with three straight defeats. kibaken is no longer part of Spirit

But the team have had a poor of form in recent weeks, which culminated with a shock Round of 32 exit in the DreamHack Austin European Open qualifier following a 3-16 defeat against pikgiffeN.

In the coming days, Spirit will be trying out potential replacements for Anton "⁠tonyblack⁠" Kolesnikov, with Bugrin adding that the team's main goal is to qualify for the upcoming Major, in Krakow.

With tonyblack's departure, Spirit currently have: